Thailand is located in the center of mainland Southeast Asia. It is popular for its tropical beaches, lavish royal palaces, and decorated temples depicting the figures of Buddha. It is located within the tropics, Thailand witness ecosystem diversity including hilly forested areas in the north, fertile rice fields of the central Plains, broad plateau of the north-east, and rugged coast along to Southern Peninsula. Thailand shares its borders with Myanmar, Cambodia, Malaysia, and Laos. Until 1939, Thailand was officially known as Siam. Until a revolution in 1932, Siam was ruled by an absolute monarchy and after the revolution, it has been a constitutional monarchy and constitutions have been provided for an elected parliament. Political authority has always been vested with the military. During the last two decades of the 20th century and the first decade of the 21st century, parliamentary democracy has gained persistent popular support.

Thailand has always witnessed a group of people from diversified cultural, religious, and linguistic backgrounds. The population of Thailand includes a vast majority of successors of speakers of Thai language and minority important members speak the Malay language. Apart from the above-mentioned group, noticeable ancient minorities also include the speakers of Mon, Khmer, and other Mon-Khmer languages. Thailand also serves as a home to large immigrants from China and other parts of South Asia.

The majority of people in Thailand are followers of Buddhism. The Theravada tradition of Buddhism in Thailand was influenced by Sri Lanka and is shared by people in Myanmar, Cambodia, Southern parts of China, Laos, and Southern Vietnam. The monk’s community is primary to this tradition. In Thailand, every settlement has at least one monastery where communal rituals take place by the monks in Yellow robes. Thai religion also has a blend of beliefs and practices from the local religion and Hinduism. Holy temples are found throughout the country and the Shine to Brahma at the Erawan Hotel in Bangkok attracts hundred on visitors each day. Although Buddhism is the dominant religion in Thailand it also has an important minority section of Muslims and a tiny fraction of Thai have converted to Roman Catholicism or Protestantism. Thailand in spite of being a remarkable or noteworthy tourist destination with beachside paradise has kept hold of its cultural uprightness, unity, and honor. Thailand offers everything from beaches to forests, primeval monasteries to coral reefs, Buddhist monks to Bramha Shrine, and plentiful food to treat your taste buds. The Thai culture has many singularities, some of them are – Thailand is well known and renowned for its embroidery and textiles using silk. People in remote areas create distinctive patterns using hand-dyed silk thread. The embroidery in Thailand is inspired by the way of life, Thai literature, the lifestyle of people, customs and traditions, historical scenes, flora, and fauna. The accuracy of these artists converts the dyed silk threads into remarkable art creation. The embroidery artist uses myriad hues to dye original raw silk thread and use hand-dyed thread to produce astonishing patterns and pieces of art. 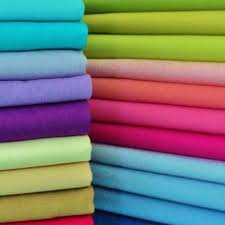 What is Spacer Fabric? Studies on Application of Flame Retardant Finish on Nonwoven Polyester