One of the basic human want is clothing and change. Clothing plays its vital role in every aspects of our life. There is a great transition in the concept of clothing from centuries ago till now. And there is also need to change they clothing concept as change is he only concept which is constant. There is a change in clothing and fashion trends, and almost every six months. This has an important role in the fashion industry in India has increased dramatically. The present increase in economic growth in India was an important influence on changes in fashion. Consciousness and the average purchasing power have caused a sudden explosion. The input of the computer industry is rapidly changing labour market and culture. Notable is the need to wear comfortable clothes during the long hours led to a change in overall demand for office wear. Styles of India fashion wearing saris and salwar-kameez have changed. The look has become more of metro. So in this sense believe our clothing and style changes as we change, as technology becomes more advanced, and as our attitudes change as a society. The way fashion changes can show how a society or culture changes and evolves. There is a significant change in women wardrobe specifically in the legwears as there has been lot of varieties which have come and gone from the market, being fad or classic.

There were many more legwears which were existing in the form of variation of above legwears. Mostly women preferred Salwars as the legwear in their daily routine as they feel comfortable in that the most which was followed by Leggings, Harem, Jeans, Capri, Ghagra respectively. The most preferred legwear by working women was legging as they wanted to be in trend with others and then followed jeans, harem, and ghagra. Capri was the least preferred.

Majority of the respondents preferred loose garment as compared to tight legwear.

Changes in preference of leg wear according to situations and occasions: Fig.4.Change According To Situations and Occasions

It was observed that there is a great impact on preferences for legwear as and when the situation changes and occasion demand.

Majority of women feel that the legwear they choose has a major impact on their personality and affects the look of their body features whereas some women feel the reverse.

Fig.6. Legwear According To Growing Fashion

It was seen that majority of women opine that “this is in fashion lets buy” if it’s very trendy , followed by women who donot  have their selection matching to growing fashion, and some women agree that sometime their selection depend on fashion knowingly or unknowingly.

Fig.7. Traditional legwear for the sake of modesty 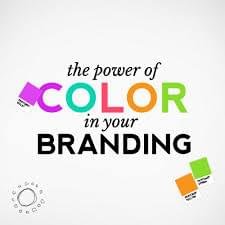 6 Signs That the Future of Work Is Here Today