Cannabis: a remedy for the soil? 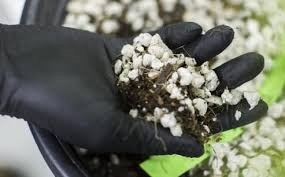 The internet has been awash in new health apps to improve sleep and wellness and an enormous amount of information on CBD oil, a product derived from cannabis, also commonly known as the source of marijuana.

Of cannabis’ compounds called cannabinoids are two primary components: THC and CBD, the latter is its non-psychoactive component. CBD has been rebranded – it was previously known as hemp oil and is also called cannabis oil and cannabidiol.

CBD is heavily marketed in the EU and is sold to remedy everything from pain relief to stress to depression. While some have questioned the benefits of CBD, there is some hope that this marketing drive towards CBD might open up more awareness of benefits that cannabis in all its forms might offer the planet.

While the chemical ecology of cannabis is largely unknown to most, the reality is that the cannabis plant is turning out to be one of the best responses to our planet’s current demise.

The recreational and medicinal uses of cannabis are far more widely publicised today due to the growing trend of legalisation (although cannabis with THC remains illegal in the UK), in addition to the expansion of cannabis dispensaries.

But what is less emphasised in the media today are the may uses of the cannabis plant in addition to its added benefits to the soil. Unlike cotton and many other plants used in textile, hemp needs less water and requires no pesticides, allows for soil remediation (phytoremediation) – whereby hemp can absorb pollutants from the earth – and it returns 60-70 percent of the nutrients it takes from the soil.

The cannabis plant has a wide range of uses which makes its cultivation both a boon for the ecology as well as for nutrition among other uses. This plant can provide oil used for cooking, fuel, personal care products, dietary supplements, beverages, baked goods, protein powder, beer, flour and animal feed.

Beyond this, hemp is used in building materials (fiberboard, insulation, cement and mortar), paper products and industrial textiles. Additionally, there are myriad agricultural benefits from this plant: it suppresses weeds, its roots provide soil aeration and it allows for pollen isolation.

What this means for the planet is that hemp offers the most far ranging uses for our sustainability. For instance, hemp requires half the amount of water that cotton needs to produce a 250 percent higher yield than cotton because when processing is figured into the water usage equation, “cotton uses more than four times as much water as hemp”.

Cotton production relies on pesticides while hemp does not and hemp is naturally resistant to pests as its dense foliage provides enough shade to prevent or suppress weed growth.

From industrial hemp farming which is expected to almost double in growth by 2026 to “pick-your-own” hemp fields, the future of textile is quickly moving towards a hemp-based production in North America.

Where the CBD craze is being pushed endlessly online, hemp production for textiles is the best possible outcome of what might end up being a passing fad.

The positive by-product of this current rage is that hemp production is having a boost and many fashion designers are advocating for more sustainable textiles such as bamboo and hemp. Even Levi’s has gotten behind the momentum and recently released styles made with “cottonised hemp.” As hemp is 100 percent biodegradable, this fabric is becoming more and more the harbinger to future fashion.

As for the possible transportation benefits, hemp is a replacement for non-renewable energy sources despite the many challenges that hemp biodiesel made from Cannabis Sativa Linn. Still, many scientific studies such as “Advantages and Challenges of Hemp Biodiesel Production” (2015) see great promise in expanding hemp for biodiesel production.

This study notes the following: “Hemp seeds present a viable feedstock option for biodiesel production. This is demonstrated by the plant’s high yield, ability to grow on infertile soil, resilience to disease and bugs.

“Hemp biodiesel may be used an alternative to the highly controversial biodiesel produced from palm oil. Legalization and increased production of hemp oil may improve the cost of producing hemp oil and subsequently hemp biodiesel.”

This report makes astonishing findings, among which it notes its potential to be used as a primary feedstock and for the purpose of the production of biodiesel fuel.

It states: “When compared with similar crops that are used in large-scale commercial biodiesel production, hemp provides a substantially greater yield and has a higher oil content than that of rapeseed and soybean.

“In addition, biodiesel made from hempseed can meet the ATSM D6751 and EN 14214 requirement for fuel quality and surpass that of conventional diesel except in the area of oxidation stability, as is the case with other biodiesel products. However, the oxidation stability can be improved with the addition of antioxidants to the fuel prolonging its shelf life.”

Among all of hemp’s uses today and potential uses for the future, we must move our fashion, transport and purchasing habits towards that of sustainable oils, fabrics and fuels.

We must also sit down and write to our politicians urging them for the adoption of hemp throughout industrial and local enterprises in addition to paving the way for the legalisation of this plant.

Where biofuel from hemp has been consistently side-lined from the discussions on climate change throughout the years,  there is always promise that researchers will turn this paradigm around and realise what was Henry Ford’s dream car and bring hemp biofuel into the future of transportation.

It is only through political, social and personal changes that we can bring about positive changes to our ecological reality.

Julian Vigo is an independent scholar and filmmaker who specializes in anthropology, technology, and political philosophy. Her latest book is Earthquake in Haiti: The Pornography of Poverty and the Politics of Development (2015). She is a contributor to Forbes, Quillette, TruthDig, Dissident Voice, Black Agenda Report, The Morning Star and The Ecologist. 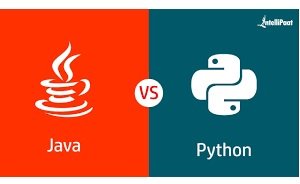 Safety Work-Wears for Oil and Gas