A New Approach of Prediction used in Textiles

An artificial neural network (ANN), often just called a “neural network” (NN), is a mathematical model or computational model based on Biological neural networks. An Artificial Neural Network (ANN) is an information processing paradigm that is inspired by the way biological nervous systems, such as the brain, process information. ANN is composed of a large number highly interconnected processing elements (neurons) working in unison to solve specific problems. As defined by Haykin a neural network is a massively paralleled distributed processor that has a natural propensity for storing experimental knowledge and making it available for use.

ANN is most generic form of artificial intelligence for emulation of human thinking compared with expert system and fuzzy logic. The conventional digital computer is very good in solving expert-system problems and somewhat less efficient in solving fuzzy logic problems, but its limitations in solving pattern- recognition and image processing- type problems have been seriously felt for the long time. As a result, people’s attention was gradually focused on ANN, which could solve such problem very efficiently. Fundamentally, the human brain is constituted of billions of nerve cells, called neurons, and these are interconnected to form the biological neural network. Our thinking process is generated by action of this neural network. The ANN tends to simulate the biological neural network with the help of dedicated electronic computational circuits or computer software. The technology has recently applied in process control, identification, diagnostics, character recognition, robot vision, and financial forecasting, to name just few.

In more practical terms neural networks are non-linear statistical data modeling tools. They can be used to model complex relationships between inputs and outputs or to find patterns in data

Neural network simulations appear to be a recent development. However, this field was established before the advent of computers, and has survived at least one major setback and several eras

The history of ANN is old and fascinating. In 1943, McCulloch and Pitts first proposed a network composed of binary-valued artificial neurons that were capable of simple threshold logic computations. In 1949, Hebb proposed a network-learning rule that was called Hebb’s rule. In the 1950s, the dominant figure in neural – network research was the psychologist Rosenblatt at Cornell Aeronautical Laboratory. He invented the Preceptor, which represents a Biological sensory model such as the eye. Windrow and Hoff proposed ADALINE and MADALINE and trained the network by delta rule, which is the forerunner of the modern back propagation trained method. The lack of expected performance of these network  coupled with the glamour of van Neumann digital computer in the late 1960s and 1970s practically camouflaged the neural-network evolution. The modern era of the neural network with rejuvenated research practically started in 1982, when Hopfield, a professor of chemistry and biology at California Institute of Technology, presented his invention at the National Academy of Science. Since then, many neural-network models and learning rule have been introduced. Since the beginning of the 1990s, the neural network as an artificial-intelligence tool has captivated the attention of a large section of scientific community

Many important advances have been boosted by the use of inexpensive computer emulations. Following an initial period of enthusiasm, the field survived a period of frustration and disrepute. During this period when funding and professional support was minimal, important advances were made by relatively few researchers. These pioneers were able to develop convincing technology which surpassed the limitations identified by Minsky and Papert. Minsky and Papert, published a book (in 1969) in which they summed up a general feeling of frustration (against neural networks) among researchers, and was thus accepted by most without further analysis. Currently, the neural network field enjoys a resurgence of interest and a corresponding increase in funding.

The first artificial neuron was produced in 1943 by the neurophysiologist Warren McCulloch and the logician Walter Pits. But the technology available at that time did not allow them to do too much.

These networks are also similar to the biological neural networks in the sense that functions are performed collectively and in parallel by the units, rather than there being a clear delineation of subtasks to which various units are assigned. Currently, the term Artificial Neural Network (ANN) tends to refer mostly to neural network models employed in statistics, cognitive psychology and artificial intelligence. Neural network models designed with emulation of the central nervous system (CNS) in mind are a subject of theoretical neuroscience (computational neuroscience).

In modern software implementations of artificial neural networks the approach inspired by biology has more or less been abandoned for a more practical approach based on statistics and signal processing. While the more general approach of such adaptive systems is more suitable for real-world problem solving, it has far less to do with the traditional artificial intelligence connectionist models.

Why Use Neural Networks?

Either humans or other computer techniques can use neural networks, with their remarkable ability to derive meaning from complicated or imprecise data, to extract patterns and detect trends that are too complex to be noticed. A trained neural network can be thought of as an “expert” in the category of information it has been given to analyze.

Adaptive learning: An ability to learn how to do tasks based on the data given for training or initial experience. 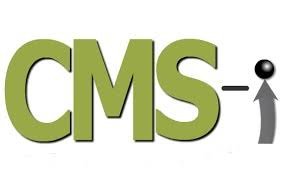 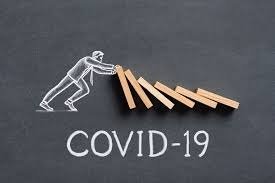 The state of Textile and other Industries Post COVID-19