Neural networks process information in a similar way the human brain does. The network is composed of a large number of highly interconnected processing elements (neurons) working in parallel to solve a specific problem. Neural networks learn by example. They cannot be programmed to perform a specific task. The examples must be selected carefully otherwise useful time is wasted or even worse the network might be functioning incorrectly. The disadvantage is that because the network finds out how to solve the problem by itself, its operation can be unpredictable.

On the other hand, conventional computers use a cognitive approach to problem solving; the way the problem is to solved must be known and stated in small unambiguous instructions. These instructions are then converted to a high level language program and then into machine code that the computer can understand. These machines are totally predictable; if anything goes wrong is due to a software or hardware fault.

Neural networks and conventional algorithmic computers are not in competition but complement each other. There are tasks are more suited to an algorithmic approach like arithmetic operations and tasks that are more suited to neural networks. Even more, a large number of tasks, require systems that use a combination of the two approaches (normally a conventional computer is used to supervise the neural network) in order to perform at maximum efficiency. 1.1.2  From Human Neurons to Artificial Neurons

We conduct these neural networks by first trying to deduce the essential features of neurons and their interconnections. We then typically program a computer to simulate these features. However because our knowledge of neurons is incomplete and our computing power is limited, our models are necessarily gross idealizations of real networks of neurons.

The topology of a neural network refers to its framework as well as its interconnection scheme. The framework id often specified by the number of layers and the number of nodes per layer or network layer.

This simple type of network is interesting because the hidden units are free to construct their own representations of the input. The weights between the input and hidden units determine when each hidden unit is active, and so by modifying these weights, a hidden unit can choose what it represents [1,2]

Feed-forward ANNs (figure 3.5) allow signals to travel one way only; from input to output. There is no feedback (loops) i.e. the output of any layer does not affect that same layer. Feed-forward ANNs tend to be straight forward networks that associate inputs with outputs. They are extensively used in pattern recognition

All learning methods used for adaptive neural networks can be classified into two major categories:

The training data consist of pairs of input objects (typically vectors), and desired outputs. The output of the function can be a continuous value (called regression), or can predict a class label of the input object (called classification). The task of the supervised learner is to predict the value of the function for any valid input object after having seen a number of training examples (i.e. pairs of input and target output). To achieve this, the learner has to generalize from the presented data to unseen situations in a “reasonable” way (see inductive bias). (Compare with unsupervised learning.) The parallel task in human and animal psychology is often referred to as concept learning .

During the learning process global information may be required. Paradigms of supervised learning include error-correction learning, reinforcement learning and stochastic learning.
An important issue concerning supervised learning is the problem of error convergence, i.e. the minimization of error between the desired and computed unit values. The aim is to determine a set of weights which minimizes the error. One well-known method, which is common to many learning paradigms is the least mean square (LMS) convergence.

Unsupervised learning uses no external teacher and is based upon only local information. It is also referred to as self-organizing . In unsupervised learning, the weights and biases are modified in response to network inputs only. There are no target outputs available. Most of these algorithms perform clustering operations. They categorize the input patterns into a finite number of classes. This is especially useful in such applications as vector quantization

Learning Rates:-The rate at which ANNs learn depends upon several controllable factors. In selecting the approach there are many trade-offs to consider. Obviously, a slower rate means a lot more time is spent in accomplishing the off-line learning to produce an adequately trained system. With the faster learning rates, however, the network may not be able to make the fine discriminations possible with a system that learns more slowly. Researchers are working on producing the best of both worlds.

The behavior of an ANN (Artificial Neural Network) [3]depends on both the weights and the input-output function (transfer function) that is specified for the units. This transfer function is commonly used in back propagation networks. This function typically falls into one of three categories. Three of the most commonly used functions are shown below.

1. The hard-limit transfer function:- As shown in the fig. limits the output of the neuron to either 0, if the net input argument n is less than 0, or 1, if n is greater than or equal to 0. This function is used in Perceptions, to create neurons that Multilayer network can be trained using various algorithms, although the method called “Back-Propagation” is the most widely used. Back-Propagation is a powerful, flexible training algorithm, though training speed is slow.

The back-propagation learning algorithm was proposed by rumelhart et al. in 1986 to modify connection weight in multilayered feed forward networks. The back-propagation algorithm is an iterative gradient descent algorithm that minimizes the sum of the squared error between the desired output  and actual output [4].

Backpropagation was created by generalizing the Widrow-Hoff learning rule to multiple-layer networks and nonlinear differentiable transfer functions. Input vectors and the corresponding target vectors are used to train a network until it can approximate a function, associate input vectors with specific output vectors, or classify input vectors in an appropriate way as defined by you. Networks with biases, a sigmoid layer, and a linear output layer are capable of approximating any function with a finite number of discontinuities.

Standard backpropagation is a gradient descent algorithm, as is the Widrow-Hoff learning rule, in which the network weights are moved along the negative of the gradient of the performance function. The term backpropagation refers to the manner in which the gradient is computed for nonlinear multilayer networks. There are a number of variations on the basic algorithm that are based on other standard optimization techniques, such as conjugate gradient and Newton methods.

Properly trained backpropagation networks tend to give reasonable answers when presented with inputs that they have never seen. Typically, a new input leads to an output similar to the correct output for input vectors used in training that are similar to the new input being presented. This generalization property makes it possible to train a network on a representative set of input/target pairs and get good results without training the network on all possible input/output pairs. There are two features of the Neural Network Toolbox that are designed to improve network generalization – regularization and early stopping.

Neural networks have broad applicability to real world business problems. In fact, they have already been successfully applied in many industries. Since neural networks are best at identifying patterns or trends in data, they are well suited for prediction or forecasting needs including:

But to give you some more specific examples; ANN are also used in the specific paradigms: such as: 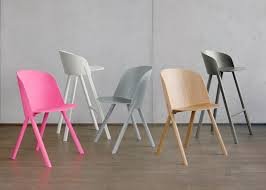 STEFAN DIEZ DESIGNS A LIGHTING COLLECTION FOR VIBIA BASED ON A CONDUCTIVE, YET FLEXIBLE TEXTILE CORD