The United States technological sophistication has long supported its military predominance. In the 1990s, the U.S. military started to hold an uncontested advantage over its adversaries in the technologies of information-age warfare from stealth and precision weapons to high-tech sensors and command and control systems. Those technologies remain critical to its forces today.

For years, China has closely watched the United States’ progress, developing asymmetric tools including space, cyber, and electronic capabilities that exploit the U.S. military’s vulnerabilities. Today, however, the Chinese People’s Liberation Army (PLA) is pursuing innovations in many of the same emerging technologies that the U.S. military has itself prioritized. Artificial intelligence is chief among these.

In the decades ahead, AI could transform warfare, creating disruptive new capabilities and changing the ways that militaries command, train, and deploy their forces. Those changes will shape the military balance among the world’s great powers.

For now, the United States remains the world’s leader in AI, thanks mostly to the dynamism of its private sector. But China seeks to surpass the United States, and it may be close to doing so. The Chinese leadership has started to prioritize AI at the highest levels. In July, Beijing released the New Generation Artificial Intelligence Development Plan,  articulating an ambitious agenda to lead the world in artificial intelligence by 2030. It is backing up that commitment with deep funding for cutting-edge AI research. As China advances in the field, the United States will face the challenge of a new kind of peer competitor.

By most measures, China is already an AI powerhouse. China produces more AI-related patent applications than any other country except for the United States, and Chinese scholars have already published more papers on AI than their American peers. But the country’s ascendance in AI is not a matter of quantity alone. In 2017, the annual conference of the Association for the Advancement of Artificial Intelligence accepted as many papers from Chinese as from American researchers for the first time a sign of the increasing sophistication of AI research under way in China. And in November, a Chinese facial recognition start-up took first place in a contest hosted by the Intelligence Advanced Research Projects Activity, a U.S. government organization. Thanks to China’s billions of dollars in private and government investment, its access to huge amounts of data, and its efforts to attract and educate top talent, the country is on track to overtake the United States.

So far, China’s big technology firms notably Baidu, Alibaba, and Tencent have tended to lead the charge in AI. That could have important implications for the PLA, which could use the private sector’s progress for military purposes. For example, the technologies behind self-driving cars could be used for intelligent unmanned military systems, and advances in computer vision and machine learning could improve weapons systems’ abilities to recognize targets.

Chinese military leaders have good reason to draw on the private sector’s advances, since they believe that AI could transform the nature of war. In the PLA’s jargon, AI will set off a shift from informatized to intelligentized warfare, becoming as central to future conflicts as more rudimentary forms of information technology are to warfare today. Liu Guozhi, a lieutenant general in the PLA and the director of its Science and Technology Commission, has suggested that artificial intelligence will transform militaries’ operational styles, equipment systems, and more. AI could eventually support autonomous robots, including swarms of drones. It could improve war-gaming and simulated training exercises by creating clever artificial adversaries a major benefit for China’s forces, which largely lack combat experience. And it could elevate commanders’ abilities to make quick decisions on the battlefield. Indeed, the Central Military Commission Joint Staff Department, the PLA’s top command organ, has called on the military to use AI to help commanders do just that.

China’s recent advances in swarm intelligence which involves autonomous cooperative behavior among masses of distributed robotshave been on prominent display in official media. In June 2017, China Electronics Technology Group Corporation, a state-owned defense conglomerate, successfully flight-tested a swarm of 119 drones a new record. In a conflict, the PLA could use swarms to cheaply target high-value U.S. weapons platforms, such as aircraft carriers.

As AI and robotics become pervasive in warfare, some PLA thinkers even anticipate the arrival of a so-called singularity on the battlefield. At that point, human minds might not be able to keep up with the speed of the decision-making demanded by AI-enabled combat and so militaries could start to remove people from the battlefield, place them into supervisory roles, and let unmanned systems do most of the fighting. Such an inflection point may seem distant, but militaries are already trending toward more automation. For instance, many air and missle defense platforms, such as the U.S. military’s Patriot system, can automatically track and select their targets. Even now, a number of militaries, including the United States’ and China’s, are starting to use AI to anticipate failures in critical equipment and to analyze intelligence more efficiently. In the foreseeable future, AI will also have applications in cyber-operations, helping militaries discover and then patch or exploit vulnerabilities far faster than a human cyber warrior could.

Some observers have suggested that authoritarian regimes such as China’s could eventually opt for fully automated approaches to war. That could raise a number of ethical and operational risks: an automated system could, for example, fail to differentiate legitimate military targets from civilian ones. In fact, Chinese military thinkers seem to value the role that humans will play in the machine age. Liu, for instance, has suggested that human minds augmented with artificial intelligence will eventually be more powerful than AI programs on their own. And some aspects of the PLA’s culture especially its commanders’ interest in preserving centralized control could encourage officers to keep humans in the loop on important decisions.

Despite its advances in military hardware, the PLA has struggled to recruit and retain highly educated, technologically proficient personnel. PLA officials might see AI as a solution. AI could help to automate some military specialties and functions, replacing or compensating for missing human talent. Along with virtual and augmented reality, AI could improve the realism and sophistication of the PLA’s training programs.

But there’s a catch: even as AI mitigates some of the PLA’s systemic problems, it could exacerbate others. Complex AI systems, for instance, can require highly trained personnel, and it could be difficult for the PLA to assemble such talent. The introduction of AI to support commanders could also create new issues of so-called automation bias, encouraging officers to rely on programs that are prone to error.

The trajectory of China’s advances in AI remains to be seen. But in light of the progress that the PLA has already achieved, the U.S. military should recognize that China is quickly becoming a peer competitor in AI and adjust its own plans accordingly.

U.S. defense officials should carefully study the PLA’s advances in the field in the context of China’s broader strategic goals. At the same time, Washington should preserve the underlying advantages that will shape its competitiveness in the future. First, the U.S. government should invest far more in long-term research on AI and its applications. The Trump administration’s initial budget proposal called for a ten percent cut to the National Science Foundation’s funding for research on intelligent systems, to a mere $175 million. China, by contrast, will spend billions in the years to come on next-generation AI research. Second, Washington should make sure to preserve its edge in human capital. The United States is now home to more AI experts than any other country. That will require doing more to attract the world’s top AI talent to work in the United States and developing the educational programming in high schools and universities needed to create future professionals in the field. And the U.S. government should work to prevent illicit technology transfers by, for example, increasing its oversight of Chinese investments and acquisitions in sensitive sectors of the American economy, including AI and robotics, even as it takes care that it does not generally discourage foreign investment, which can support innovation. The U.S. military must recognize the challenge of China’s emergence as a would-be AI superpower and prepare for a future in which the United States’’ technological advantage is no longer assured. 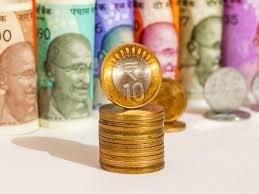