The first reference to Andorra appears in the writings of the Greek historian Polybius (c. 200–118 B . C . E ), who tells of the military encounter between Andorrans and Carthaginian troops as Hannibal (247–183 B . C . E .) passed through the Pyrenees Mountains en route to Rome. Andorra, historically, was a rural microstate whose population oscillated between four thousand and six thousand inhabitants. In the second half of the twentieth century, as it became a large international commercial center, the nation received larger migratory populations and developed into a multicultural society.

Andorra has a total land surface of 181 square miles (468 square kilometers) making it slightly less than five times the size of the city of Barcelona. It is situated in the Pyrenees Mountains, bordered by Spain and France. The capital of the nation, Andorra la Vella (Old Andorra), lies in the geographic center of the country, where the two tributaries of the Valira River merge.

According to the 1998 census, the population stands at 65,877 of whom only 21.7 percent have Andorran citizenship. The rest of the inhabitants are Spanish (42.9 percent), Portuguese (10.7 percent), French (6.7 percent) or other nationalities (6.5 percent). Moreover, more than 7,589 persons, generally children or youth of immigrant families, have no formal citizenship. According to current legislation, foreigners can acquire citizenship after twenty years of residence in the country. Their children, born in Andorra, acquire citizenship at age eighteen.

Catalan is the official language of Andorra. It is used throughout public administration, is taught in all schools, and is the language of all road signs. It is also the dominant language in communications media and is the language spoken by the national elites. In commercial signage, Catalan alternates with Spanish and French. Nevertheless, the dominant language of the street is Spanish. The Spanish population represents the largest immigrant community in Andorra and, in addition, the majority of visitors and merchants who come to Andorra are also Spanish. The use of French is limited to populations in the extreme southwest of the country. Portuguese and other languages are limited to private settings.

The Sanctuary of the Virgin of Meritxell, patron of the nation, constitutes the most important religious symbol for Andorrans and is also an attractive spot for tourist visits in the summer. Its thirty Romanesque churches and other treasures of medieval art serve as historical referents as well as emblems of identity.

The origins of Andorra can be situated between the Mesolithic and the Neolithic periods. The archaeological site of Balma Margineda dates back eight thousand years, although full territorial occupation was not achieved until 2000 B . C . E . During the Roman era, Andorra had a stable population. Until the epoch of Arab occupation in the eighth century, Iberian populations mixed with peoples arriving from central Europe. At the beginning of the ninth century, the area was repopulated. The first document that refers to Andorra is the Act of Consecration of the Cathedral of Urgel (839 C . E .). In the eighth and ninth centuries, Andorra belonged to the County of Barcelona, which ceded sovereignty over the valleys of Andorra in 988 to the Episcopal see of Urgel (Spain).

National Identity. Historically, Andorra has been a protectorate of France and Spain. This is manifest in several ways: (1) the currencies of the nation are the franc and the peseta; (2) the two systems of public education were, until 1982, the French and the Spanish; and (3) the two languages most commonly spoken are French and Spanish, in addition to Catalan. This dualism has been expressed in multiple ways in recent centuries; Andorran factionalism also always has a pro-Spanish front and a pro-French front.

Today, however, both state political powers and Andorran civil society have endeavored to consolidate a national identity that takes as its symbolic referents its medieval past, mythologizing the political peculiarity of the Pareatges. Andorrans also identify themselves as a mountain society and have a special interest in leading sociopolitical and economic movements of the Pyrenean regions. The third pillar of identity is “Catalanness” ( catalanitat ), which it shares with 11 million persons in the northeast of Spain and the southeast of France.

As a culture shaped by transhumant (seasonally transient) shepherds in the past and international merchants in the present, Andorrans are open in character and interethnic relations are not conflictive. Moreover, almost all immigrants come from European nations; hence, cultural differences are not strident.

Religious Beliefs. Even though Andorra lacks a formal religion, Roman Catholicism is hegemonic. One fundamental element of this presence rests on the role of the bishop of Urgel as prince and, at the same time, head of the Andorran Church. Apart from the Jehovah’s Witnesses, there are no public religious alternatives in Andorra.

Rituals and Holy Places, All public ceremonies, including some sessions of the parliament, are accompanied by a Catholic mass. The Andorran festive calendar adapts to the Catholic liturgical calendar, and the nation, like every Parroquia, has a patron saint and a collection of religious and lay celebrations.

Support for the Arts. Both the state and communal administrations support artistic formation and creativity. Conservatories of music and art schools are scattered around the nation.

Literature. Andorran literary production does not cross the frontiers of the small country, except in the case of writer A. Morell. There are nonetheless groups of historians and folklorists interested in recovering oral traditions and studying and teaching the nation’s history.

Performance Arts. In music, the two great figures of classical music, the Claret brothers, who play violoncello and violin, have gained great prestige throughout Europe.

Art and Culture in Andorra Andorra sixth smallest country in Europe sandwiched between Spain and France, what does she have to offer? Known for mountainous landscape and tax free market, tourists from neighboring countries flock into the country. Is this the only reasons to travel to this beautiful land? Arts and culture in Andorra have a great deal to offer.

The art and culture in Andorra is clearly exhibited during the festivals. They love fetes and popular traditions. During these occasions local folk dances are played. Contrapas and marratxa are the most popular dancing style. The dancers dressed in traditional clothes on the streets entertain the guests with the local crowd cheering and dancing along. Most of their festivals coincide with religious ceremonies. 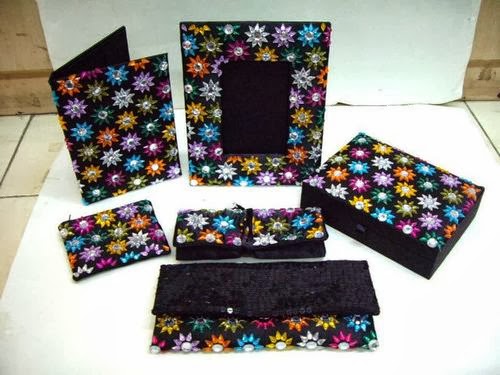 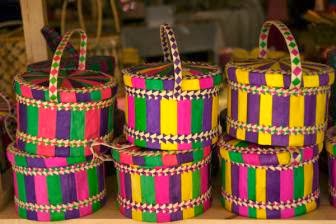 “Vocal for Local” – A Swadeshi Movement for Next Generation Manufacturing 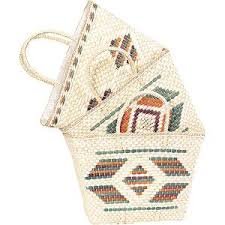