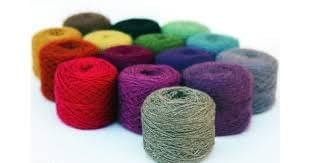 The quality of spun yarn depends upon various factors like fibre properties, technological process variables, atmospheric condition etc. Among many, one important technological parameter is the orientation of fibre in yarn. Contribution of fibre properties towards yarn properties will be better if fibres are parallel towards yarn axis. Orientation of fibres in sliver and roving influences the fibre orientation in yarn. In different spinning stages machines and process variables on these machines affect the fibre orientation in sliver, roving and yarn. Carding and drawing processes are designed to increase the parallelism of fibres. Carding is the initial stage and important process for fibre individualization and straightening. In carding process the hooks are formed. This phenomenon deteriorates the yarn quality. So, a fibre configuration and hook fibre in card sliver determines the yarn quality in large extent. This paper reports a glimpse on the different measurement techniques of fibre orientation parameters and impact of carding process variables on fibre orientation and quality.

Since last six decades, number of direct and indirect [2-4] methods have been investigated to describe the fibre orientation like fibre straightness, fibre extent, helix angle, coefficient of relative fibre parallelisation, proportion of curved fibre ends, migration parameters, etc. In direct method, tracer fibres are viewed through projection microscope. In indirect method like Lindsley and modified Lindsley the fibre orientation and parallelisation in sliver and roving are measured in terms of weight ratios. The behaviour of single fibres is taken in to account to measure orientation parameters in direct method and from it the sliver or roving or yarn characteristics are extrapolated, which is not realistic. This is because of the number of fibres in the cross section are more and overlapping of fibres is not considered.

In carding is the most important process. Card process parameters influence the fibre orientation and property of sliver, roving and yarn. Carding is the process stage where hooks are formed. The type of hooks and their amount decides the fibre orientation and properties of sliver, roving and yarn. Leading hooks are lesser and smaller than trailing hooks . Configuration of fibre are classified in five groups, namely

(iv) fibre ends are not hooked but not necessarily straight and

In card sliver 50% are leading hooks, 15% trailing hooks, 15% both ended hooks and less than 20% of fibres are not hooked at all. During fibre transfer from cylinder to doffer hooks are formed due to fibre buckling. Various researchers have investigated effect of carding process parameters on fibre orientation and quality of sliver, roving and yarn and the quality of carding operation.

As the parameters like fibre extent and hook extent are dependent on the length of fibres used. Hence the same parameters cannot be compared in different samples prepared from different fibre lengths.

In the UV tracer fibre technique the fibres are dyed in any fluorescent dye, and this technique can be used to measure the fibre orientation in web from card or draw frame collecting on black boards. New index name fibre straightness index (FSI) which gives information about fibre straightness and comparable for different samples from different fibres. FSI is the ratio of total axial projected length of a fibre to the actual length of that fibre in a section of length observed directly with the microscope . Fibres used to for FSI study is shown in Fig. 2. The FSI can be calculated by below equation.

Where n is the number of fibres; P and L1, L2, are the fibre extent and actual lengths of the fibre in the section observed.

To study the fibre migration in the yarn, tracer fibre technique is also used. Mathematical formulae are used to calculate the migration parameters. These formulae specify overall tendency of  a  fibre  to  be  near  the centre  or at the surface of the yarn,  termed  as mean  fibre position (MFP); the rate of change of radial position, termed  as  mean  migration intensity (MMI); and  the magnitude of the deviations from the mean position or  the amplitude of the migration, termed as root mean square  deviation  (RMSD). The schematic view of a fibre seen under microscope for fibre migration study in yarn is shown in Fig. 3. To calculate the migration parameters following formula are given by Hearle et al . Where n observations of Y were made over a length Zn. Mean migration intensity

The various coefficients used for indirect method of fibre orientation measurement are given in Table 1. Various methods are used to measure the fibre orientation in sliver, roving and yarn. Selection of method depends on the purpose of study.

Card is the heart of spinning. Carding is responsible for fibre straightening and complete opening. In carding process majority of fibres change their configuration during transfer from cylinder to doffer. During fibre transfer hooks are formed due to fibre buckling. Trailing hooks are dominant [5]. In card sliver 50% are trailing hooks, 15% leading hooks, 15% both ended hooks and less than 20% of fibres are not hooked at all [7]. Various card process parameters, like sliver weight, doffer speed, carding force, carding settings, etc. influences the card performance, fibre orientation and quality of sliver, roving and yarn.

Higher card production rate increases the leading fibre hooks in the sliver, because of the reduced peripheral speed ratio of cylinder and doffer [15]. Bad carding, where cylinder speed is reduced and doffer speed is increased, gives better parallelisation even with less fibre separation. Improvement in fibre parallelisation in the subsequent processes is better with good carding, probably due to better fibre separation. Projected mean length (PML) which measures the fibre parallelisation was higher under bad carding condition at card, draw frame and riving stages. Because of better fibre separation and degree of parallelisation with good carding, the rate of improvement of parallelisation in the subsequent process was high [16]. Bad carding condition causes reduction in majority hooks and increase in minority hooks at the card stage.  Majority hooks are more under good carding at the card stage and this trend continues up to first and second drawing stages.  This indicates that the rate of unhooking during drafting at drawing remains same, irrespective of the carding condition [16]. Nep removal at carding significantly improves with the reduction in card production due to intensive carding action. High production rate increases neps in drawing because of inferior carding quality. Better carding quality with lesser production increases yarn tenacity [17]. Thick places and neps and U% in ring yarn increases with the increase in card production [18]. Decrease in card production rate improves the yarn properties.

The force required to individualise a tuft in between cylinder-flat zone is called carding force. Carding force increases with increase in operational layer on the cylinder and tuft size. Carding force influences the quality of carded sliver with regard to neps and regularity. Increase in carding force per unit load decrease both the neps content and the U % of the sliver.

Carding process affects the fibre orientation in sliver, roving and yarn. Performance of subsequent process and yarn characteristics are affected by the carding quality. 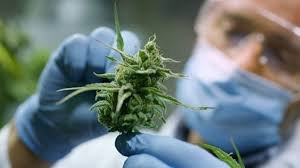