An Overview of Different Retting Methods for Mesta (Hibiscus Sabdariffa) 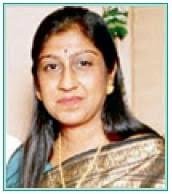 Affiliated to University of Mumbai

Retting is the main problem encountered during the processing of bast plants for the production of long fibres. Water Retting and dew retting are the traditional methods used for separating the long bast fibres. Both methods require 14 to 28 days to degrade the pectin, hemicellulose and lignin. Even though the fibres produced from water retting can be of high quality, the long duration and polluted water have made this method less attractive. A number of other alternative methods such as mechanical decortication, chemical, heat and enzymatic retting have been investigated for this purpose with mixed findings (Tahir et.al 2011). This paper reviews different types of retting processes used for Mesta fibre(Hibiscus Sabdariffa). Mesta fibre apparently has some advantages as low cost of production, high fibre yields and greater flexibility as an agricultural resource over other bast fibres. The fibres extracted by chemical retting are much cleaner and yields less gum whereas microbial retting has a higher residual gum content (Hongquin Yu and Chongwen Yu, 2010) whereas Tahir et.al proves a combination of chemical and microbial retting to be the most effective method for fibre separation.

Bast fibres are produced and used to manufacture a wide range of products like textiles, ropes and nets, carpets and mats, brushes and mattresses, cordages, sacking material in addition to paper and board material. They can be used in many ways for instance in the form of fine powder as in saw dust, short fibres as in random and non woven mat, or even long fibres as in woven mat for making various kinds of biocomposite products. Some composites made from natural fibres have useable structural properties at relatively low cost ( Mohanty et. al 2001).

Bast fibre or skin fibre is plant fibre extracted from the phloem the “inner bark” surrounding the stem of certain dicotyledonic plants. Most of the technically important bast fibres are obtained from herbs cultivated in agriculture, for example Flax, Hemp or Ramie, Jute, Kenaf, Mesta, Okra and Soybean. The fibers are separated from the xylem material “woody core”, and sometimes from epidermis. The process is called retting, and is performed by micro-organisms either on land or in water, or by chemicals or by pectinolytic enzymes and natural retting. In the phloem, bast fibres occur in bundles that are glued together by pectin and calcium ions. More intense retting separates the fibre bundles into elementary fibers whose length is measured in centi meters.

Mesta is one of the important bast fibre crops and stands next to jute in production. It is an alternative to jute and plays an effective role in supplementing the short supply of jute in jute industry. In recent years, Mesta crop is gaining the attention of industrialists since it is also used as a raw material in the paper industry substituting Bamboo and Eucalyptus (Managooli, 2009).

India had to loose about 80% of total jute production area at the time of partition of the country during 1947. The jute crop needs a specific set of climatic conditions, therefore, the cultivation of jute could not be extended beyond the states of West Bengal, Assam, Bihar, Orissa, and parts of U.P. and Tripura. As a result the production of jute fell below the requirement of mills. Mesta can, however, be grown even in those areas where jute is not grown under wider climatic and soil conditions with much less care. This helped the country to expand more area under mesta. At present Mesta is grown in an area of more than 26 lakh hectares with a production of more than 12 lakh bales (D.P.Singh). The above reports from Food and Agricultural Organization clearly indicates That India possess the maximum area under cultivation and dominates the production of Jute, Kenaf and other allied fibres over other countries.

From the economic standpoint, mesta fibre production offers distinct advantage over other crops specially for developing countries because of following:

(i) Mesta is potentially profitable crop that is not in world surplus.

(ii) It provides as a domestic resources, the raw material for industrialization.

(iii) It can be grown on uplands providing a greater cash return than other crops.

(iv) It requires less labour than jute and can be produced more cheaply.

(v) The fibre is one that is used in varying amounts in all countries. (Singh D.P.)

Mesta is advantageous over the traditional reinforcing fibres such as glass and carbon include low cost, low density, high toughness, acceptable specific strength properties, improved energy recovery and biodegradability. With the increasing consciousness of preserving the environment and the need to recycle there has been renewed interest in composite sector using natural fibre as partial replacement for synthetic carbon, glass or aramid fibres. The long fibres are transformed into threads or yarns that are used to join, connect or attach each other. According to Sur (2005) any textile fibre should be made up of long-chain molecule so as to ensure continuity and strength along the length of the fibre axis. The homogeneity of this long fibre depends very much on the technique of producing the fibre bundles, which is known as retting or degumming process.

Retting is an important process in the life cycle of mesta for fibre production. The process helps in separating fibre from the plant with the help of certain bacteria and fungi. The retting, however, depends on various factors which are described below –

(i) Volume of water

(iv) Fertilizer applied to the crop

The crop where higher doses of fertilizer is used, takes less time to ret. (Singh D.P.)

Bast fibres are cemented to the adjacent cells inside the stem with pectin (a form of carbohydrate), which can be extracted by retting processes. Retting is sometimes termed as degummimg. It is a chemical process for removing non-cellulosic material attached to fibres to release individual fibres. After harvesting, stems are usually kept either in the field or under water for 2-3 weeks during which the pectinous substances that bind the fibre with other plant tissues are softened and degraded by micro organisms (Tahir et. al). The quality of fibre is largely determined by the type of retting and the duration of retting. Below are some techniques of retting employed for the extraction of Mesta fibre:

1. Water Retting- Also known as ‘Steep retting’ it is one of the most widely used method in almost all mesta producing countries. The steep retting consists of the bundling of mesta plants after the harvest in the convenient sizes. The bundles are stacked in standing position in 50 to 60 cm deep water for nearly 3 or 4 days. This helps in retting of the hard lower portion of the bark. In some cases a few plants of Sesbania bispinosa (Dhaincha)or sunnhemp are inserted in the bundles of mesta. Since dhaincha and sunnhemp are bit softer they decompose early as compared to mesta and help in activating the microbial process needed for retting. After 3 to 4 days the standing bundles are laid down horizontally in the retting water and slightly drowned (nearly 10cm) in water with the help of some weights made of cement or stones. Some grasses like water hyacinth is also put on the lying bundles to cover them. Care should be taken not to put any weighed material which release tannin and iron. The tannin makes the fibre black in colour when it comes in contact with iron. After a few days a part of the submerged plant is taken out and tested for the loosening of fibre. If the fibre comes out from the wood retting process is taken as complete. (Singh, D.P.)
Advantages: Produces fibre of greater uniformity and better quality
Disadvantages: Excessive stench and pollution arises from anaerobic bacterial fermentation of the plant, has high cost and decaying smell, environmental problems and production of low grade fibre, requires high water treatment maintenance (Tahir et. al).

2. Enzymatic Retting- This traditional method is mainly achieved by the pectin enzymes produced by bacteria. During retting, the bacteria multiply and produce extracellulose pectinases, which releases the bast fibre from the surrounding cortex by dissolving the pectin. In this method, enzyme such as pectinases, xylanases etc. are used to attack the gum and pectin material in the bast. The process is carried out under controlled conditions depending upon the enzyme used.

Advantages: Smooth refining particularly for pulping purposes that degrades and provides selective properties for different applications. The enzymatic reactions cause a partial degradation of the components separating the cellulosic fibre from non-fibre tissues. The process is faster and cleaner.
Disadvantages: Produces fibre with low strength (Tahir et. al).

Advantages: It is effective and produces clean and consistent long and smooth surface bast fibre within a short time.

4. Mechanical Retting- Here, the fibres are separated mechanically by a hammermill or a decorticator.

5. Dew Retting- Plants are cut or pulled out and left in the field to rot. Here de-seeded jute and mesta was retted during winter season at about 24-26 degree celcius using Rhizopus sp. And Mucor sp. The fungi were isolated from the retted jute stems.

Advantages: Pectin material could be easily removed by bacteria.

Disadvantages: Produces fibre with reduced strength, low and inconsistent quality. It is restricted to certain climatic change and product contaminated with soil.

6. Ribbon Retting– The bark of the green plants is extracted with the help of a ribboner and the ribbons are retted in the retting water. Ribbons may also be retted by chemical method since less quantity of chemicals is required for retting purpose.

Advantages: Ribbon retting offers certain advantage in the sense that all the residues are left in the field, upto 70% less weight is transported, less water is required for retting, retting time is shortened and fibre washing is easier. (Singh, D.P.)

Disadvantages: It is labour intensive and incurs high cost.

Conclusions
The retting method still remains the major challenge in the application of mesta fibres in textile Industry. Among all these methods, fibres extracted by the chemical retting is the most effective method, yielding least gum whereas microbial retting has higher residual gum content (Hongquin Yu and Chongwen Yu). As far as environmental protection is considered Microbial retting is more feasible. According to Tahir et.al the most efficient method of retting is the combination of chemical and microbial retting. The current worldwide interest in using environmentally benign fibers makes it urgent to seek an industrial retting method that overcomes the disadvantages of the traditional retting methods. This paper suggests the possibility, but further research on large-scale application in the textile industry is demanded.