In January 2017, the Planning Commission of India had called a meeting in New Delhi to assess why the Textile Industries are struggling and why the second largest sector in India after agriculture was failing to modernise despite pumping-in a huge amount of money under Technology Upgradation Funds Scheme (TUFS) and its later variants.

The apex body, which has now been renamed as Niti Aayog, was shocked to learn that out of the total 22.5 lakh only about 1.5 lakhs are modern and shuttleless machines, rest all are plain powerlooms. It was during this meeting that Malegaon Industries & Manufacturers Association (MIMA) for the first time proposed that a new scheme should be designed and implemented on trial basis in select Textile Clusters.

I was leading the MIMA delegation in that meeting. Participating in the debate we said that owing to the challenges and difficulties which the weavers were facing it would not be possible to modernize the entire 22.5 lakh plain looms all at onceas the government wished. Simultaneously, as a parallel solution to the problem the industry was facing because of discarded machineries, we proposed that the Ministry of Textiles along with the Technology Upgradation Funds Scheme (TUFS) should also provide financial support to the weavers, who were not in a position to buy new modern machines, in upgradingtheir existing plain looms and converting them into Semi-Automatic looms.

The proposal was received with a lukewarm response while the officials insisted on replacing all running plain looms with new rapier, water-jet, air-jet or other machineries to meet what they called the looming global challenges.

Sometimes in 2009 the Planning Commission of India again called a meeting with the same agenda. Interestingly, the Ministry of Textiles could not present any significant improvement in its data of 2007 and the number of modern machines remained more or less the same. By this time we had summed up all the minute details of our proposal, also adding to it the necessary data to show its feasibilityand an overview of the expected results the industry would get after the plain looms were converted into Semi-Automatic looms. After a heated discussion, it was finally agreed upon that the proposal should be thoroughly studied and a draft of the proposed scheme should be prepared on emergency basis.

After a series of meetings at Textile Commissioner Office in Mumbai and with active support from Additional Textile Commissioner S Balaraju and his juniors a draft of the scheme was finally prepared which after some amendment was launched in October 2013 as “Pilot Scheme on In-situ Upgradation of Plain Powerloom for SSI Powerloom Sector”.

The scheme was initially launched in six clusters – Malegaon and Nagpur in Maharashtra, Bhagalpur in Bihar, Burhanpur in Madhya Pradesh, Sircilla in Andhra Pradesh and Tanda in Uttar Pradesh, on pilot basis. However, Bhiwandi and Ichalkiranji – two of the country’s major textile clusters, were also added in the list later on.

As per the scheme, the Ministry of Textiles agreed to bear the 50% cost of the updragation kit worth Rs.30,000/- to be fitted in one plain loom. It was also agreed that a weaver would need to install these upgradation kits in at least 08 looms which are running in a single shed.The kit in itself included weft stop motion, warp stop motion, semi positive let-off motion, efficient braking device, and in some cases self-lubricating nylon parts, anti-crack device and dobby.

Soon after the Ministry of Textiles launched the In-situ scheme, the Maharashtra government also flung into action and agreed to provide special subsidy of Rs.10,000/- per upgradation kit, taking the total amount of government fund to Rs.25,000/- for a kit costing Rs.30,000/-

By all accounts, the decisions by Ministry of Textiles, New Delhi and Government of Maharashtra were momentous for the textile industry and the weavers across the six clusters were enthusiastic. During the implementation mode things became simpler after the Ministry of Textiles agreed to transfer the subsidy amount directly to the account of registered suppliers instead of giving them to the weavers.

According to a rough estimate, more than 10,000 looms in the eight clusters were ready for upgradation within one month of the launch of the In-situ scheme. The weavers just needed to pay Rs.5000/- per kit and their plain looms were convertedinto Semi-Automatic machines. Fast installation of the kits, improved quality of fabrics and increased production all lured more and more weavers to fall inline and go for upgradation. The officials of the Textile Commissioner Office, especially Ravi Kumar, Subbayyan S, T Nagraj and DP Sharma were all seen shuttling from one textile cluster to another to make things easier for the weavers and kit suppliers.The then Textile Commissioner Kiran Soni Gupta, Additional Textile Commissioner S Balarajuand others were all overwhelmedby the response.

Everything was going on quiet smoothly, in fact beyond everyone’s expectation. Thencame the shocker, and it was something nobody in the industrywas prepared to face. The Central Government had released its share of the funds to the suppliers. But, the Maharashtra government after releasing funds initially could not do so citing “technical” reasons, forcing the suppliers to stop supply of the kits. Installation of the kits going on with significant pace came to a sudden halt. This was in 2015 and the situation remains so even today.

But, if the Maharashtra government still takes a decision and step to release the dues of the suppliersclearing the technical hurdles, the In-situ scheme could again be brought on track and made to work as game changer in the time of existing crisis.For, the fabrics produced on the plain looms fitted with In-situ upgradation kits are still in demand and the suppliers, almost broken becauseof the long delay in the release of their money, too are ready to give the implementation of the scheme one more chance.

“We have incurred huge losses because of the delay. But, we are still ready to work with the Ministry of Textiles if our dues are cleared, and assurance is given that whatever happened in the past would not be repeated again”, a supplier said on the condition of anonymity.

[The writer Aleem Faizee is Founder Secretary of Malegaon Industries & Manufacturers Association (MIMA). He also edits an online news portal ummid.com since last eleven years. He can be reached at aleem.faizee @gmail.com] 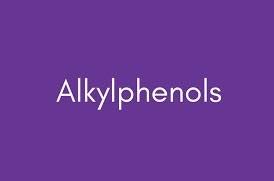 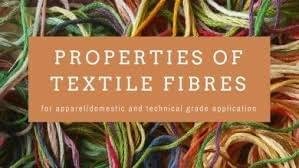