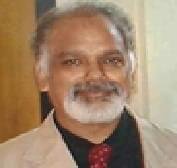 China’s $34 trillion pile of public and private debt is an explosive threat to the global economy. Or maybe it’s just a manageable by product of the boom that created the world’s second-biggest economy. Either way, the buildup has been breathtaking, with borrowing having quadrupled in seven years by one estimate.

(China doesn’t give a complete tally). President Xi Jinping has taken note, pushing authorities to announce a slew of measures that target risks lurking in the financial system. The challenge is how to wean the country off its debt drip without intensifying an economic slowdown. Since China is a key driver of global growth, it’s a matter of concern for everybody.

Even with the government focus on deleveraging, Chinese borrowing rose 14 percent in 2017, ballooning to 266 percent of gross domestic product, from 162 percent in 2008. That growth outpaced the U.K. and U.S. in the decade before the financial crisis. However, the de-risking campaign has begun to bite: Once-rare corporate debt defaults ran at a record pace in 2018; China’s huge conglomerates were reined in following debt-fueled acquisition sprees the government is targeting spending cuts in its budget; and sweepingrules were introduced to tackle shadow banking, a $10 trillion network of unregulated lending and risky investment products. There’s also been a focus on curbing loans to bloated state-owned enterprises, a task that Xi termed the priority of priorities. (More than half of China’s debt is held by state and private corporations.) The upshot is that the cycle of expanding credit that began in 2004 has ended, according to S&P Global Ratings. Even so, the government remains willing to change tack when the economy is threatened.  A brewing trade war with the U.S. coinciding with those moves to   curb leverage and shadow banking, began to make it harder for companies to get funding in 2018. That prompted the authorities to introduce monetary- easing measures, such as freeing up banks to make more loans to smaller businesses.

During the 2008 financial crisis, Beijing ordered local governments to build roads, bridges and other public works to keep the economy pumping and workers in jobs. It set off a borrowing binge that’s invited comparisons with Japan’s debt bubble of the 1980s. That ended in a property and stock market crash that left banks saddled with bad debt for decades. China has seen busts before. In the late 1990s, after years of state-directed lending, at least a quarter of the nation’s credit soured, triggering a $650 billion bailout of state banks.

The central government retains tight controls over banks, foreign exchange and capital flows, so it can manipulate the financial system to contain the debt burden and limit the risk of a blowup. At the same time, officials say they are keen to introduce more free-market discipline, which could further increase their tolerance for bankruptcies. China’s concerted shift toward an economy driven by domestic consumption, and less reliant on debt-intensive heavy industry and exports, is also contributing to the easing of the debt habit.

People concerns about China’s debt are overblown, that companies and local governments can simply grow their way out of the problem as an expanding economy supports borrowers and creates inflation, which erodes the burden of debt repayments. China’s high savings rate helps, as does a long run of current-account surpluses, which makes the country a net lender to other nations rather than a net borrower. People says the problem is not self-correcting. They expect policy makers to tackle nonperforming loans and stave off defaults. Options include cutting interest rates, expanding programs where investors swap debt for equity, clamping down harder on shadow banking, pushing for asset sales and encouraging more companies to raise money through stock sales. There’s a risk that China’s debt could at best be a drag on global growth for decades or at worst trigger a new financial crisis. Such warnings have been sounded for years, however, all the while as China has continued an unprecedented economic expansion driven by mountains of credit.