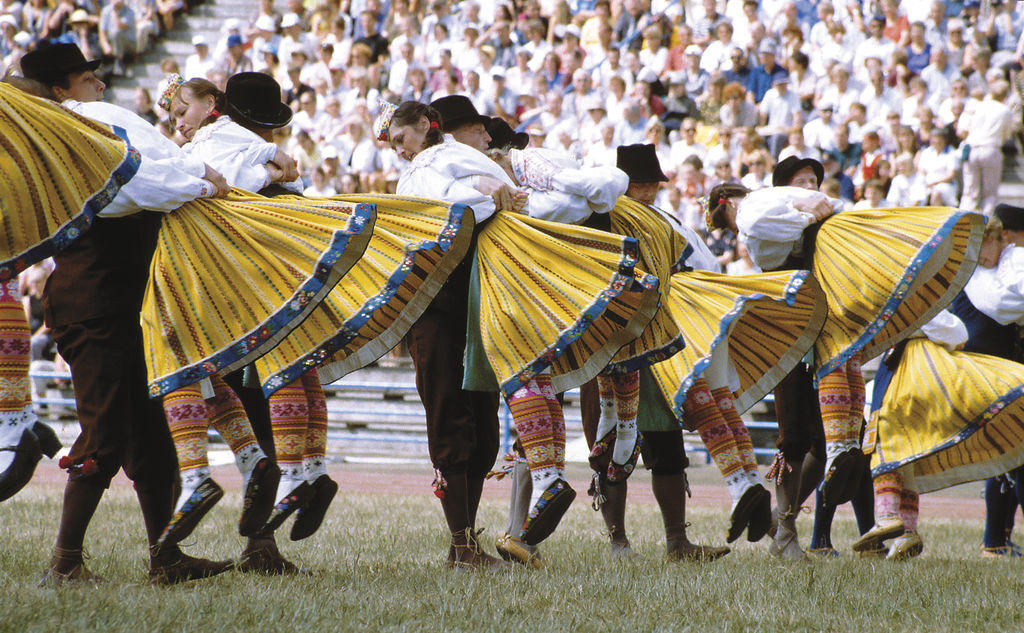 Estonia’s historical national clothes resemble those of many European regions in their basic form; linen shirts, woollen skirts for women, trousers for men, knit socks, embroidered accessories and beads. The ornate national clothes were only donned on special occasions like weddings and festivals, while everyday attire was functional and unadorned, suited to agricultural life. 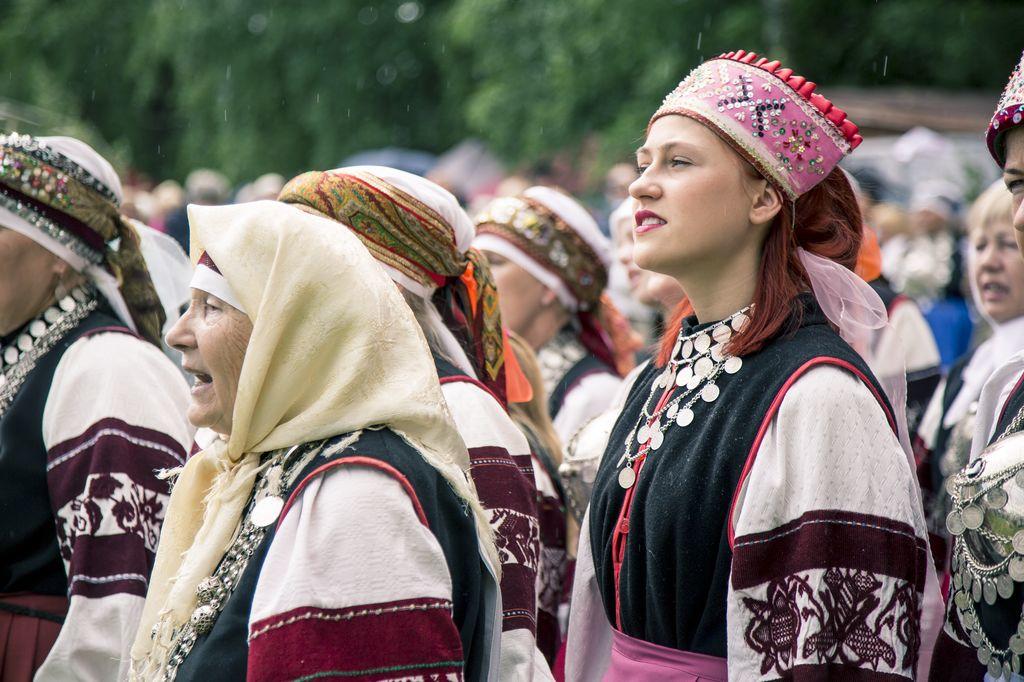 Rahvariided, translated literally as “clothes of the people”, are folk costumes, and they are probably the most well-known fashion to emerge from Estonia. A tradition centuries old, the folk costume is a hand stitched blend of linen and wool in assorted patterns and colours. Beautiful, ornate, intricate… itchy, and hot.

What makes these outfits special is the meaning behind each detail of their decorations. Every corner of Estonia has its own costume colour scheme and sequence of stripes used in the woven skirts. Married women could be differentiated from bachelorettes by their covered hair and aprons. Glass or stone beads were worn for good health, and in the Seto region of southeastern Estonia, a bride wore at least two kilograms of silver jewellery around her neck at her wedding. Brooches and gloves were believed to protect the wearer from spirits. In the Halliste region, men wore their stockings backwards when going to sow flax seeds so the crop wouldn’t fail.

Folk costumes were not worn during the Soviet era, as they were symbols of national pride, but experienced a resurgence since independence in the 1990s.  Estonians these days wear traditional outfits only during special occasions like graduations, national holidays and at cultural festivals, with the exception of Setomaa and the island of Kihnu, where they remain a part of daily life. Folk outfits can be special ordered from craftsmen, but are costly and take months to prepare. Some people still make the pieces themselves and handicraft courses are offered on the topic, but this is a long process requiring skill and patience. TEXTILES, EMBROIDERIES AND COSTUMES OF IRAN UK Trade Groups On A Visit To India; Will Unlock Many FTA Opportunities