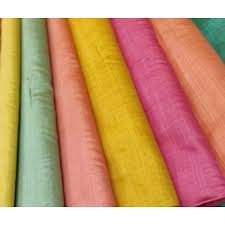 India’s textile exports during April-December 2021 touched $29.8 billion, up 31% year-on-year.
The textile ministry said that the textile sector has maintained a trade surplus with exports higher than imports. In FY21, there was a deceleration in textile exports due to pandemics disrupting the supply chain and demand. Signs of recovery, however, arose in 2021-22, it added. “During April-December, 2021 the total Textiles & Apparel including Handicrafts exports was $29.8 billion as compared to $21.2 billion for the same period last year. Growth signals an economic rebound,” as per the ministry’s statement.
Overall, the textile sector’s exports, comprising textile, apparel, and handicraft, rose 14.6% year-on-year during April-December. Cotton yarn, fabrics, made-ups, and handloom products rose 43% on year during the period, and jute products exports increased 33%. The Centre has set a target of $44 billion worth of exports for the sector for this fiscal, and 67% of this target has been achieved. The industry is hopeful that the export target will be met. India’s exports in December rose a record 37% year-on-year to $37.29 billion. This is the highest-ever monthly achievement of exports so far. Exports stood at more than $27.22 billion in December 2020. The exports growth last month is also a 37.55% jump over December 2019, when it stood at $27.11 billion. Merchandise exports in April-December were at $299.74 billion, an increase of 48.85% over $201.37 billion recorded in the year-ago period.