The Goods and Services Tax Council are likely to put on hold the implementation of higher tax on textiles when it meets on Friday. The industry and various states have opposed the increase in the tax to 12% from 5% effective January 1, citing higher compliance costs, especially for the unorganized sector and MSMEs, and claiming that it will make poor man’s clothing expensive.

In a pre-budget meeting chaired by union finance minister Nirmala Sitharaman, states like Gujarat, West Bengal, Delhi, Rajasthan, and Tamil Nadu said that they are not in favor of a hike in GST.

Delhi deputy chief minister Manish Sisodia said the move to raise GST on textiles is not people-friendly and this should be withdrawn. If a common man buys clothes of Rs 1,000, he has to pay GST of Rs 120. “Delhi is not in favor of this,” said Sisodia, who is also Delhi’s finance minister.

Tamil Nadu finance minister P Thiaga Rajan said: “It is a one-point agenda (for Friday’s council meeting). It is an agenda that many states have raised. In the agenda item, it says that it was raised by Gujarat but I know that many states raised it … It (the move to raise the GST rate) should be stalled.”

“We will push for a complete rollback … We have received several representations from the industry … This sector is a large employer and has large MSMEs who will be impacted,” said the finance minister of a state. A host of states are set to push for a complete reversal of the hike.

Telangana and West Bengal have urged Prime Minister Narendra Modi to intervene in the matter, citing possible job losses and the closure of units. “The textiles sector needs to be encouraged,” Rajasthan cab.

Amit Mitra, the adviser to Bengal’s chief minister, had said that by raising GST to 12% from 5%, as many as 15 million jobs will be lost and 100,000 units will be forced to close. India’s domestic textile and apparel production are worth about $140 billion, including $40 billion of exports. The textile and apparel industry contributed 2% to the overall GDP of India in 2019 and 11% to total manufacturing in gross value addition.

In its year-end statement on Monday, the textiles ministry said the higher and uniform GST has addressed the inverted tax structure in the manmade fiber (MMF) textile value chain and will help the MMF segment grow and emerge as a big job provider in the country.

The Confederation of All India Traders (CAIT) had said that the higher tax will not only add to the financial burden on end-users but also affect small businesses and encourage tax evasion. Why Toxic Chemicals Are The Biggest Threat to Sustainable Fashion 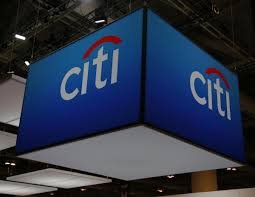 Postponement of Meeting between CITI and ICA scheduled on 13th March 2020 in New Delhi. 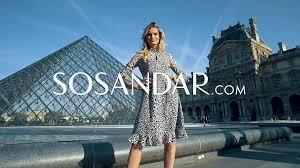 Sosandar signs agreements with John Lewis and Next