Animal fibers are natural fibres that consist largely of certain proteins. Examples of natural animal fibres include silk, hair/fur (including wool) and feathers. The animal fibres used most commonly, both in the manufacturing world as well as by the hand spinners are wool from domestic sheep and silk. Also very popular are Alpaca fibre and Mohair from Angora goats. Unusual fibres such as Angora wool from rabbits and Chiengora from dogs also exist, but are rarely used for mass production.

Not all animal fibres have the same properties, and even within a species, the fibres are not consistent. Merino is a very soft, fine wool, while Cotswold is coarser, and yet both Merino and Cotswold are types of sheep. This comparison can be continued on the microscopic level, comparing the diameter and structure of the fibre. With animal fibres, and natural fibres in general, the individual fibres look different, whereas all synthetic fibres look the same.

American bison grow a thick coat of fibres, which assists them to withstand severe climatic conditions. Bison fibres were traditionally used in textiles by the natives of North Americans.

When fashion brands talk about diverting materials from landfill that could be made into clothing, they are often talking about using deadstock fabric or turning plastic bottles into recycled polyester. But United by Blue, an outdoor apparel brand, has focused its sights on something a bit less ubiquitous: bison wool. Bison have thick, shaggy coats that contains fibres that are warmer than sheep wool and can be as soft as cashmere, which were historically prized by the Indigenous communities, that lived in close proximity to them. But contemporary ranchers, raising the animals for meat often discard or throw away those coats. This is where United by Blue steps in, working with ranchers in an effort to salvage these valuable fibres and turn them into warm, high-performing garments. “Basically the  hide is collected, rescue the fibre from landfills or from being burned, and then return the hides to the meat processing plants, so they can pass them on to tanneries. We did that primarily to keep the desirable fibre from being wasted.”

Just like merino wool is grown by merino sheep, bison wool is grown by bison, also called American buffalo. The coat of the bison consists of a coarse shiny overcoat, a coarse bulky midcoast, and a short dense undercoat. Bison wool can be broken down into two main categories. Bison down, which makes up the animal’s undercoat, is a soft fibre with a micron count of about 15, which means the individual fibres have a very small diameter and are incredibly soft. (For comparison’s sake: cashmere has a micron count of 14, while extra fine merino wool has a micron count starting at 19. The lower the number, the softer the fibre). It is pretty much the equivalent of cashmere. It is really a luxury fibre. It has all the benefits you would get from super fine wool like cashmere.These downy fibers makeup roughly 15% of the bison’s coat and can be used to knit items like socks, gloves or hats. Bison down is used for this purpose by a few other small brands besides United by Blue.

The second part of the coat, called the guard hairs, make up the vast majority of the bison’s coat. The United by Blue is the only brand using them in apparel. The the guard hairs, which are the coarser fibers, for insulation. It has a lot of the same properties that you would get from merino wool: anti-microbial, there is no known allergy to it, it is warm when wet. It is a hollow fiber, so it has great insulatory properties. Unlike sheep or goats, which can be shorn regularly throughout their lives, bisons are not super interested in holding still to be sheared. As a result, the fiber can only be gathered as a step prior to tanning the hides for leather. While learning that the fiber can not be harvested from still-living animals may not be great news from a vegetarian perspective, zero waste advocates would likely argue that it still makes more sense to rescue fiber that was being created anyway and is otherwise destined for landfill.

Preparing the fibers for use in apparel involves six or seven different steps:

Debris and dirt are picked out and coarse hairs and felted chunks must be removed. Fibre is washed, rinsed, picked open then carded and drawn into pencil rovings, or felted into sheets . Rovings are spun into a strand, two or more strands are plied together to form yarn. Yarn can be woven into fabric, or knit into garments, crocheted into cushions, afghans, etc. They are costly to process in small amounts – about $10.00 per ounce or about $1.50 for each step in processing. Enhanced when blended with other natural fibres of similar micron size, such as cashmere or silk.

There are the original bison ranchers who work on contract. The hides are leased from the meat industry packing plants, the scouring facility. They wash the hides and the dehairing facility, which is where they separate the fiber from the hides Then the fiber gets split into two different batches: one for the production of textile yarn for products like hats and beanies and the other, which goes to an insulation manufacturer. “This extensive process, with very little established infrastructure in place to support it, is part of why bison wool isn not more common in apparel. The other difficulty is the inconsistency of yield. Because bison fiber is collected at the end of the animal’s life, rather than regularly throughout it, it is much harder to estimate, how much fiber will be available, which makes it harder to plan, how much product you can make with it.

Bison fiber ready to be used in apparel. Though bison wool is most often used for the down, United by Blue’s incorporation of the guard hairs into insulation has proven that the fiber is more versatile than that. Rauth says the brand has even talked about selling the fiber directly to other companies now that it is gone to the work of setting up the supply chain, though he is not sure whether that will end up happening or not.

We need a diverse base of fibers that we are producing textiles from, in order to not stress any part of the system too far. Bison is a good example of finding new and innovative fibers that are not currently causing stress on the system, that are just not being utilized. Dehaired fibres had a mean fibre diameter of 17.8 µm and mid-length of 28 mm, suitable for woollen spinning.

The soft undercoat is composed of fine, hollow guard hairs (average diameter of 59 micrometers) and down (average 18.5 micrometers). Downy fibres are typically chosen for textile applications. Bison fibres are grey or red-brown and about 2.5 cm long.

Short fibre can be carded into quilt batting, which makes wonderful filling for duvets and pillows. It is soft, light, and has amazing insulating properties! Short carded fibre can also be felted into sheets of material for sewing. Poorer grades of carded fibre, which have been discarded in the carding process, can be used for stuffing pet mattresses, or felted into horse blankets or saddle pads.

In situations where it is found that the cleaned fibre is too short to draw through spinning equipment, short carded fibre may be blended with another fibre which can act as a carrier to draw the buffalo fibre through spinning machinery. The choice of this carrier will determine the quality of the finished product. A blend of buffalo with alpaca and/or llama makes a stronger, slightly coarser yarn that is excellent for children’s and men’s wear such as mittens, socks, or slippers. On a finer basis, a blend with silk makes an excellent yarn for baby wear or ladies’ fine garments that may be worn comfortably next to the skin. 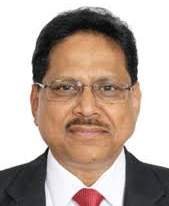 How to Market Your Textile Business in the Digital World