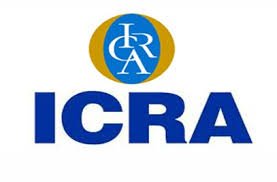 Indian rating agency ICRA recently said pent-up demand has triggered a pick-up in economic activity in India in October that may not sustain after the festive period is over. “We caution that the spikes in production seen in the various sectors in October 2020 are an exaggeration of the true recovery on the ground,” ICRA principal economist Aditi Nayar said.

Multiple fast-paced indicators, including goods and services tax (GST) collections, have been showing a sharp recovery since October, which has also led many analysts to revise their overall gross domestic product (GDP) forecasts for the fiscal.

Factors needing attention are the pace of government spending in the second half of the fiscal, after the unexpected contraction recorded in the September quarter, she was quoted as saying by a news agency.

The potential re-imposition of restrictions in one or more states on account of a fresh surge in COVID-19 infections may temper the momentum of recovery in the coming months, she cautioned.

ICRA said available trends for early November are suggesting some moderation in these spikes in the ongoing month.

In October, 10 of the 17 high frequency indicators tracked by ICRA showed a pick-up, including GST e-way bills where growth accelerated to 21.4 per cent as compared to the year-ago period, as against 9.4 per cent in the preceding September.

ICRA, however, is ‘circumspect’ about the durability of the spike in GST e-way bills after October.