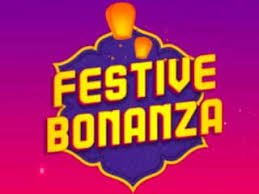 Strong demand for smartphones; Flipkart in the lead.

This year’s festival season sale started with a bang with e-tailers raking in Rs. 29,000 crore ($4.1 billion) in the first 7 days of the sale which saw Rs. 1.5 crore worth of smartphones being sold every minute across platforms. Last year, e-tailers notched up Rs. 19,000 crore ($2.7 billion).

While Flipkart and Amazon contributed to over 90 per cent of the sales, Flipkart (including Myntra) dominated the first week starting October 15, garnering 68 per cent of the total Flipkart + Amazon GMV, revealed the “The Festival of Firsts” report from RedSeer Consulting.

Sales were fuelled by strong demand for mobile phones, huge growth in Tier-2 shoppers, well managed stocks, affordability constructs, increase in the number of value seeking customers post Covid and the safety and convenience of online shopping in Covid times.

Mobile phones and appliances contributed to 75 per cent of sales at 47 per cent and 28 per cent, respectively, driven by a spate of new launches, discounts, bank offers and smart upgrade plans of brands. Fashion saw negative growth contributing to 14 per cent, a dip from 17 per cent last year. Home and home furnishings did better than before due to high demand for upgrading WFH/study from home spaces. Online shoppers increased by a massive 85 per cent to 52 million with Tier 2 shoppers accounting for over 55 per cent of online shoppers, the highest so far with 30 million shoppers from Tier 2 plus cities this year.

The wide assortment of products across price points saw GMV per shopper drop to Rs. 5,500 this year from Rs. 6,800 last year.

“This is a Festival of Firsts – the massive growth in the number of shoppers exceeding 50 million in 7 days, with huge numbers from Tier 2 plus cities, demonstrating that e-commerce is becoming more mainstream. For the first time, average GMV per shopper has declined, as mobile phones for as little as Rs. 3,000 and fashion for as little as Rs. 400 flew off e-shelves. Fashion which normally sees a 15-16 per cent YoY growth has dipped for the first time ever. Despite weak demand for formals and festive clothes, the fashion category has been resilient,” Mrigank Gutgutia, Director at RedSeer Consulting, told BusinessLine.

“We expect festival season 2020 to play a big part in driving the e-commerce market to $38 billion in size in 2020 compared to $27.1 billion last year and grow to $140 billion in calendar year 2025. Despite strong e-commerce growth in the next few years, it will still have low double digit share (11 per cent) of the overall Retail market in 2025,” said Gutgutia.