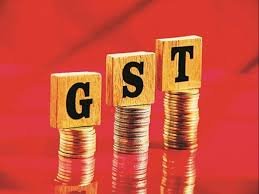 To meet the GST compensation cess shortfall, the Centre will borrow on behalf of all the States, and then on-lend to them. This will be done on the lines of funding of ‘externally aided projects’.

The amount will be given to the States as back-to-back loans in lieu of GST compensation cess releases. This administratively easier borrowing arrangement will be done through a special window and has many benefits for the States, including better interest rates (rather than different rates) and will need to borrow lower amounts for funding the Atmanirbhar package.

Now, the Centre will borrow the estimated shortfall of Rs.1.1-lakh crore (assuming all States sign up) through the special windoa in tranches and on-lend to States.

“It is just like what the Centre does for externally aided projects by borrowing from institutions like World Bank and ADB and then lend to States. It will not be on the books of the Central Government, which means there will be no impact on its fiscal deficit,” a Finance Ministry official said.

The official explained that if each State were to borrow separately, there would be too much of a fluctuation in the yield rates (on State Development Loans, or SDLs). But if the Centre does a consolidated borrowing, the rate will be much lower.

The official also said the borrowing will be for three-four years and the interest and principal will be repaid out of the compensation cess fund. The GST Council has already extended levying of the GST compensation cess beyond June 2022.

Also, the States that get the benefit of the special window are also likely to borrow a considerably less via the additional facility of 2 per cent of GSDP (from 3 per cent to 5 per cent ) under the Atmanirbhar package, the Finance Minister’s office tweeted on Thursday.

It maybe recalled that under Option 1, States could borrowRs.1.1-lakh crore for GST shortfall through a special window and, over and above that, an raise from the open market 0.5 per cent of their GSDP. The increased OMB came as a relaxation of the reform conditions that were stipulated for eligibility. Additionally, under Option 1, the States are also eligible to carry forward their unutilised borrowingto the next financial year.

“If the Centre has decided to borrow the Rs.1.1-lakh crore and extend it to the States as a back-to-loans, I welcome the change of position. I thank all economists, academics and newspaper editors who supported our position,” said senior spokesman for the Congress P Chidambaram, a former Finance Minister.