The Comoro Islands form an archipelago of volcanic islands situated off the southeastern coast of Africa, to the east of Mozambique and northwest of Madagascar.

In southern Africa men and women wear particular textiles at all the important rites of passage in their lives to declare new status and identity. On the Comoros Islands women wear cheramine, completely covering their bodies, while in Mozambique they wear capulana with a headscarf, lenço, and tailored blouse, quimau. On Madagascar lamba hoany is similar to kanga, including an inscription in Malagasy, while in Angola the Herero people wear samakaka at all important events including initiation, marriage and funeral ceremonies. In South Africa and Lesotho, blankets with elaborate colours and patterns are worn by both men and women in Sotho society to signify rites of passage. 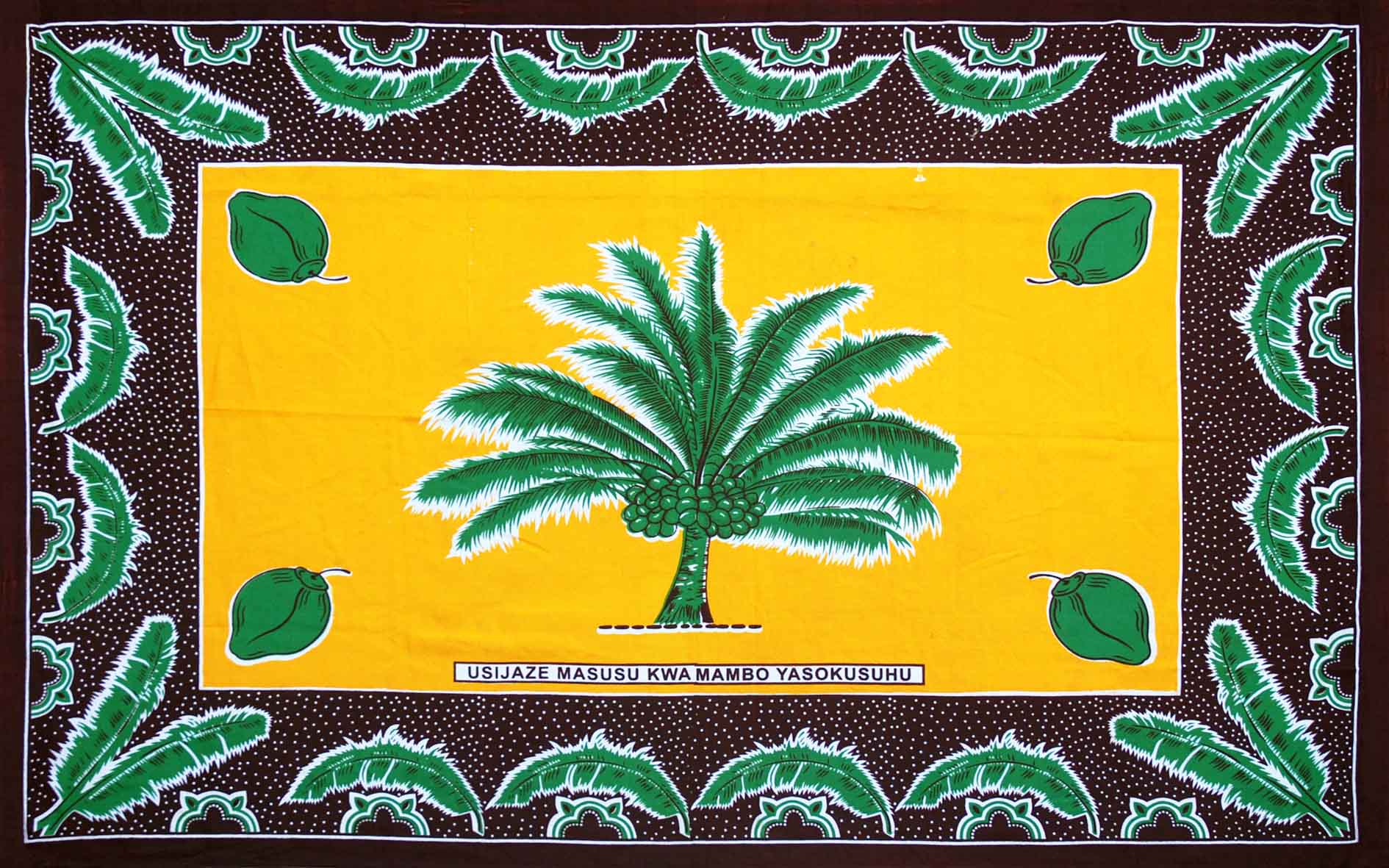 The inscription on this kanga from Tanzania reads, ‘The mangoes are ready’, an invitation from wife to husband to help himself. For almost a century the proverbs and sayings (methali) which appear on kangas have been an essential part of their design and appeal.

This woman’s three-piece outfit has been tailored from kangas printed in Tanzania. The inscription NAJILEBI has two possible meanings in Kiswahili: ‘I can’t be deceived’ or ‘I’m showing off’.

The familiar rectangular form of today’s kanga, with a continuous border, a central image or pattern, and an inscription in Kiswahili, has changed considerably from early prototypes. The first kangas were created in the late 19th century by sewing together six printed handkerchiefs, lenço, which the Portuguese had traded to eastern Africa for centuries. Soon hand-stamped versions on a single piece of cloth replaced the sewn lenço, and these in turn were superseded by factory-printed textiles, while all the time the form and patterning of kanga were evolving. The most successful designs and inscriptions are those which will appeal most to women, so manufacturers depend heavily on the advice of their female African customers.

Printed handkerchief from the Comoros Islands and of a type traded by the Portuguese along the eastern African coast since the 16th century.

India Inc feels the rising pressure to serve up jobs for locals.