Covid-19 may be the tipping point when it comes to crocodile, python, ostrich, and clothes.

Something was clearly missing from Stockholm Fashion Week’s virtual catwalk on Aug. 25, and it wasn’t just a physical audience.

Five days before, the show’s organizers said that fur and exotic skins had been banned from the lineup. Fur wasn’t surprising; among younger Western consumers, at least, fur has been steadily slipping down the rungs of popularity, prompting even luxury stalwarts like Burberry, Gucci and Prada to jettison the material in order to secure their holds on hearts and wallets alike.

Exotic skins, on the other hand, was new … ish. While London Fashion Week, one of the four major fashion weeks, banned fur in 2018, the only other runway events to outlaw exotic skins — the stuff of alligator handbags, python coats, galuchat wallets, and stingray stilettos — were the minor Melbourne and Helsinki fashion weeks, also in 2018.

Signs abound, however, that a fur-like reckoning is coming for exotic skins, partly buoyed by the pandemic, which may be linked to illegal wildlife trafficking. 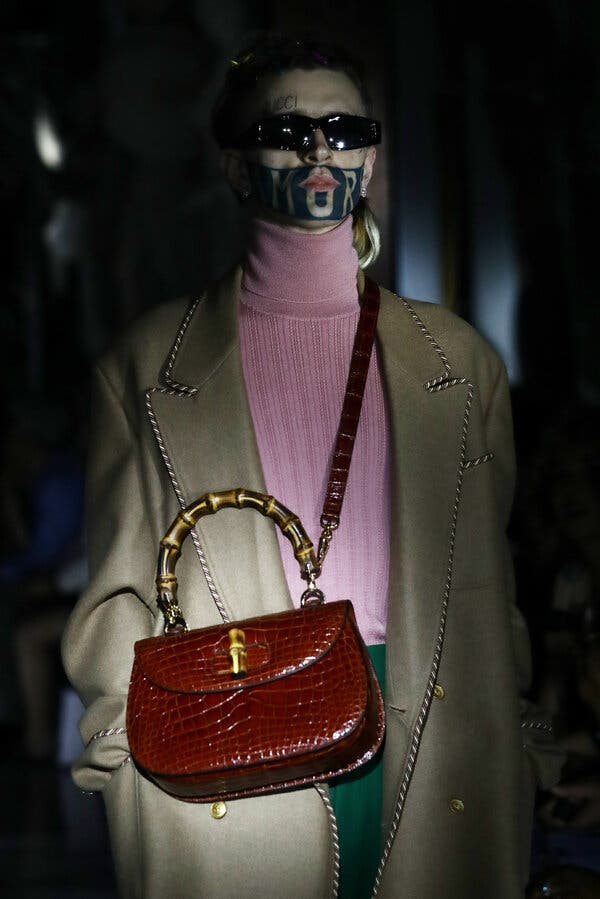 Accessories, such as this Gucci cruise 2020 bag, have often been crafted from crocodile and alligator skin.Credit…Vittorio Zunino Celotto/Getty Images for Gucci

Before the coronavirus spread, brands like Chanel, Diane von Furstenberg and Mulberry were already dropping exotic hides, once inextricable from high fashion, because of animal-welfare concerns and other supply-chain issues. Amid the pandemic, the momentum has only grown.

Mulberry nixed crocodiles, ostriches and lizards in May. When PVH Corp., which owns Calvin Klein and Tommy Hilfiger, updates its animal-welfare policy later this year, exotic skins will join angora and fur on its list of verboten materials, according to a spokeswoman.

PVH declined to comment on the decision, but People for the Ethical Treatment of Animals has been doing its best to link exotic skins, one of the final frontiers in the animal-rights battle, to wet markets in Wuhan, China — and was heavily lobbying the fashion group.

It is in these markets, where “blood and fluids from dead animals wash into the street,” said Dan Mathews, the senior vice president of PETA, that the coronavirus could have originated. The confinement and slaughtering of wild animals for bags and coats, PETA says, create conditions where pathogens similar to Covid-19 can spill over to infect humans. 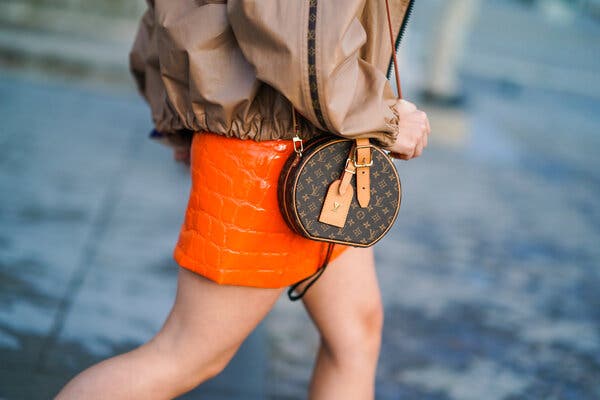 Not everyone is buying it, however. At the June annual meeting for LVMH, the world’s largest luxury goods conglomerate, the company told PETA representatives (as part of its strategy, PETA had bought stock in LVMH in 2017) that animals like crocodiles and alligators remain a “precious commodity.”

Like fellow exotic-skins holdout Kering, which operates Balenciaga, Gucci and Saint Laurent, LVMH established its own reptile farms to ensure the integrity of its stock. But animal activists like PETA argue that such controls are not enough, and the only good animal trade is no animal trade at all.

Now groups on both sides of the battle are wondering if the coronavirus will be the tipping point that finally changes consumer minds, and in so doing hastens the anti-exotics trajectory of the luxury industry.

The Pelts and the Pandemic

“I think if people don’t connect the dots, we’re going to be repeating this pandemic,” Mr. Mathews said. “The way we treat animals is directly related to how this virus sprung out into the world. And it’s related to both food and fashion.”

This idea seemed to gain credibility when, in May, the Dutch government ordered mink farms in the Netherlands to cull 10,000 animals after infected mink were discovered on 10 farms where they are raised for their pelts, most of which are exported, according to the Ministry of Agriculture, Nature and Food Quality. The culling was mandated out of concerns that affected farms could serve as long-term reservoirs of disease, bouncing the contagion back and forth between humans and animals. 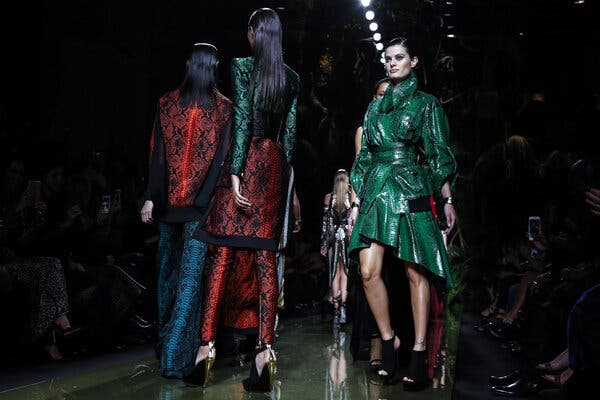 The mink are believed to have contracted the virus from their handlers in April. The following month, Dutch authorities identified two cases of humans who were infected by animals, the only known animal-to-human transmission to date.

The issue further hit home in August, when the U.S. Department of Agriculture reported that mink on two farms in Utah tested positive for the virus — the first such confirmed cases in the United States — after what the agency described as an “unusually large” number of the animals dying.

The affected farms also reported infections in people who had contact with the mink, which the U.S.D.A. said are known to be susceptible to the virus. There is no evidence that animals, including mink, play a “significant role” in spreading the coronavirus to humans, it said in a statement.

Roughly 60 percent of all known infectious diseases and 75 percent of all new or emerging infectious diseases are zoonotic in origin, meaning they’re transmissible from animals to humans, according the Centers for Disease Control and Prevention. But many biologists and conservationists say there is a difference between mammals and reptiles, and that the situation when it comes to exotic skins is not nearly as clear-cut as it may seem.

“Reptiles, if anything, are a solution, not the problem,” said Daniel Natusch, a conservation biologist and member of the Sustainable Use and Livelihoods Specialist Group at the International Union for Conservation of Nature.

It turns out that, while there may be plenty of moral reasons not to buy an alligator Birkin, fear of a new pandemic may not be among them. It is even possible that the trade in exotic skins is making the planet healthier. 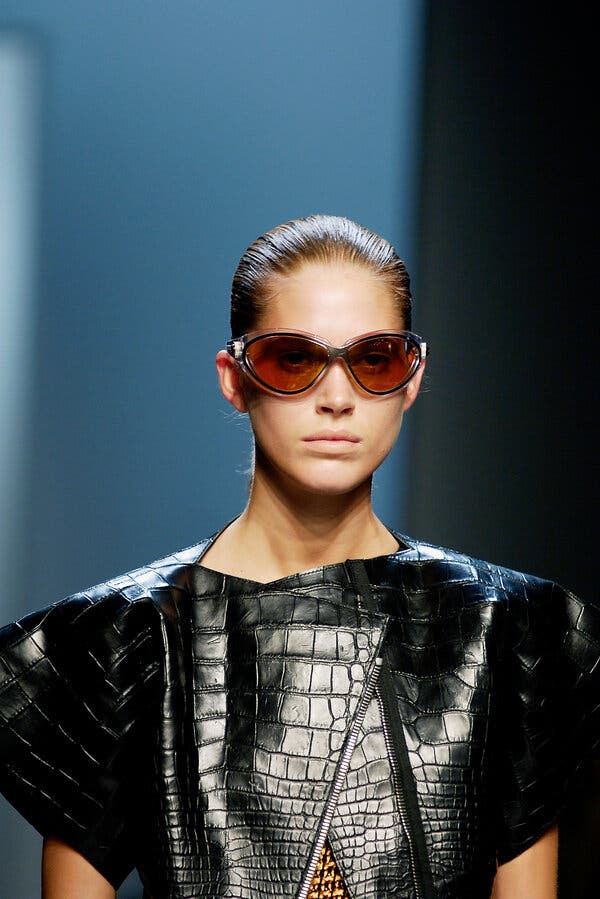 From Reptile to Person?

Not only is catching Covid-19 from an alligator or crocodile next to impossible because of the genetic disparity between humans and reptiles — we share few of the same cellular “locks” and “keys” that would facilitate viral transmission — but also, Dr. Natusch said, “If it wasn’t for the luxury industry, huge areas of habitat and all the individual animals that lived in them would have been bulldozed or drained and turned into agricultural land or pasture for cows.”

Most crocodilians come from ranching systems, where eggs are harvested from the wild and then hatched and raised on site. Snakes and lizards, Dr. Natusch said, are largely caught from the wild. Because both eggs and live animals are renewable resources, they require intact habitats to thrive.

The greater their value, the greater the incentive luxury goods purveyors, Indigenous communities and local governments have to protect them. According to trade data from the Convention on International Trade in Endangered Species of Wild Fauna and Flora (Cites), 11.7 million products made from reptiles were imported into the United States from 2003 to 2013.

Indeed, several scientific studies cataloged in the U.S. National Library of Medicine have established a link between deforestation and the emergence of novel zoonotic pathogens, since forest destruction increases contact between humans and wild species.

If companies boycott exotic skins, “far more animals are going to die, far more habitats are going to be cut down, biodiversity will be increasingly lost, far more animals will undergo severe welfare-compromised treatment, and humans will be at even greater risk than we were before of zoonotic diseases,” Dr. Natusch said. “There’s a bit of irony.” 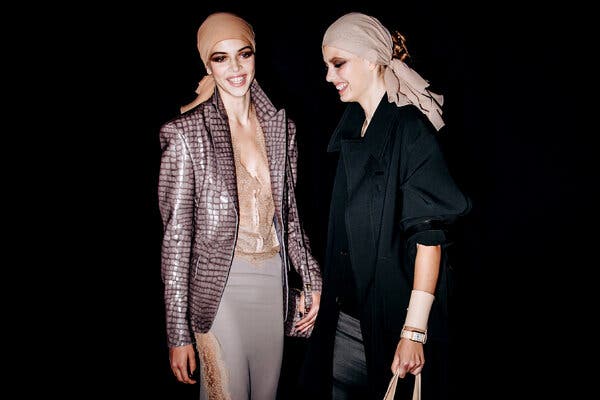 That’s not to say international agreements like Cites don’t need tightening up or that illegal trade is not a problem.

“Anytime anything’s illegal, it’s outside any existing regulatory control mechanism, such as health inspections, veterinary checks, sanitation checks and that kind of thing,” said Crawford Allan, the senior director of wildlife crime at the World Wildlife Fund. “And the risk increases when you are taking animals from new and remote places where they may be carrying a new disease that hasn’t been come across before by science and people.”

In a post-pandemic world, auditing and traceability will become more critical than ever. “In light of Covid-19, everybody is having to look at the way they operate,” Mr. Allan said, suggesting that any breeder include “methods and measures that can reassure their client base about the legitimacy of their operation, the legality and how it is minimizing risk throughout.”

Despite, or because of, all this, Edwina McKechnie, the associate director of Business for Social Responsibility, a global nonprofit that works with brands on sustainability issues, says she hasn’t seen a shift in luxury companies away from exotic skins because of the pandemic. “In fact, we’re seeing the continued focus,” Ms. McKechnie said.

In 2019, LVMH promoted what it billed as the world’s first standard for responsible crocodilian leather sourcing, along with three pilot farms that supply to Heng Long, a “first and only” exotic skins tannery in Singapore that LVMH acquired in 2011 to seize better control of its supply chain. Jean Baptiste Voisin, the strategy director, said in a statement at the time that existing regulations “seemed insufficient,” because of their weaker traceability requirements.

The pandemic, an LVMH spokeswoman wrote in an email, has only “accentuated the need to preserve the biodiversity of our planet.” Biosecurity rules under Cites, LVMH said, have been reinforced since the initial outbreak, and LVMH is “committed to their strict implementation.”

Dr. Dominic Travis, an associate professor at the University of Minnesota College of Veterinary Medicine, worries that the loudest voices in the room aren’t looking at the situation holistically. Outlawing anything, whether the wildlife trade in general or the exotic skins trade in particular, could drive it further underground and make it more insidious and harder to regulate, he said.

And there may be unintended consequences for the broader ecosystem. Some critics of faux materials have argued that replacing skins, leathers and furs with petroleum-based “vegan” products that persist for hundreds of years only compounds the planet’s plastic crisis.

“When anybody gets too specific on one single solution, I tend to get concerned,” Dr. Travis said. “We’re here because we’re not thinking about the system, or the whole spider web. And the change we need to make is to think about that more, not less. When you call for yanking on one strand of that web, it just continues the problem that got us here in the first place.”