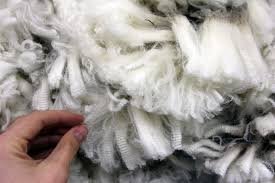 The Australian wool industry is facing one of the most challenging times in its history and many fear it could struggle to bounce back.

At the forefront of these challenges is the wool market, which is currently in the midst of its three-week winter recess, following a tumultuous 2019/20 season which saw it tumble 605 cents a kilogram or 35.3 per cent on the previous season.

Wool growers were clearly unsatisfied with the prices being offered, passing in 17pc of the offering, leading to a total season turnover of $1.973 billion, compared to $3.192 billion the season before.

And while COVID-19 and its associated lockdown measures have been blamed for the volatile season, some industry experts believe there are bigger issues that will affect the viability of the industry long term.

Mecardo managing director Robert Herrmann said the wool industry had been battling in a “fight for acres” for a number of years, which had been less problematic when wool prices had been at record highs in recent years.

But Mr Herrmann said the recent plummeting of the wool price could see more wool producers moving into prime lamb enterprises, or even out of sheep altogether.

“The original fight for acres came from the problem the sheep industry was having in retaining sheep numbers against the expanding cropping industry,” he said.

“But we didn’t see that as a looming problem before the wool market fell over.”

With drought breaking in a lot of the country and a good break following, he said many sheep producers would be in the midst of or thinking about restocking.

“The question will be what sort of stock these farmers are going to run with,” he said.

“We know that when the relationship of the wool price to lamb price changes to negative, then the following year we have an increased mating of ewes for prime lamb.”

He said this meant there would most likely be more prime lambs on the ground next year, with the percentage of Merino lambs declining, but he said time would tell whether these were short-term or long-term decisions being made by producers.

“The response to markets will be short term but it will become longer term if that relationship between wool and lamb prices stays at the levels it is at now,” he said.

“And that’s happening now for a logical reason – the world continues to consume food but might not continue to buy the luxury items that wool fits into.”

So is there anything the wool industry can do to buck this trend?

Mr Herrmann said matching the innovation being seen in the cropping industry would help.

“A good example would be, if you were to ask a Marcus Oldham student what they were doing after graduating, many would say cropping,” he said.

“And if you said to them, ‘well you’re going to have to do your harvest by picking up a 180-pound bag of wheat 500 times a day and throwing it on the back of your truck’, so there’s no bulk handling, no augers and no sitting back in the open air header with the air con on, well that wouldn’t be as attractive as an option.

“The sheep and wool industry needs to match the grain and lamb industry progress, otherwise the excitement of other alternatives will continue to eke away at traditional Merino sheep acres.”