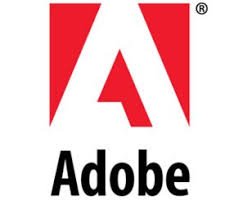 Adobe helps with Customer Experience Management; in a recent report it was found out that the home sector is one of the three categories which have influenced the online economy.

The June numbers from Adobe’s digital economy index show that online prices in the home and garden sector have been steadily declining, but the category did see the customary rise in some prices in early summer due to increased demand for outdoor furnishings.

The report also revealed that online sales growth began to plateau in June, after months of surging due to the pandemic and the temporary closure of brick-and-mortar locations. The first half of the year has driven $368.8 billion in online spending.

Adobe said an additional $77 billion has been spent online compared to its prediction for the March to June period. This increase is equal to more than half of the 2019 holiday season in additional spending

Also, for the first time in observed tracking history, the Adobe report showed that digital purchasing power turned negative, with consumers now spending $1.01 for goods that were worth $1.00 in June 2019. The buy-online-pickup-in-store (BOPIS) rates also went down slightly as stores reopened, with June seeing a 21% decrease in BOPIS usage.