Something new is always involved with its interconnection and innovation of an existing thing or product. The Middle East Textiles was having its nodes of Eurasian textile production and trade long before the Islamic period. Silk Road Complex trade rules that reached their western end at the ports of the eastern Mediterranean. Certainly, these markets were also the centers for textile production. The textile industries of the Byzantine and Sassanian Empires were integrated and beset by the spread of Islamic rule in the seventh and eighth centuries. Islamic culture conjointly held the textile designs derived from their predecessors as well as emerged their own form of expressions. The Sky-high and valuable textiles of the Middle East accelerated the evolution of primeval European production. The nexus between European and Islamic cloth is evident in comprehensive textile terminology derived from Persian, Arabic, Turkish which terms like cotton, muslin, damask, taffeta, seersucker. In Islamic ages, Textiles, and garments represented as a souvenir for high officials and honorable ambassadors. The skyrocketing price of textiles was accepted as tribute are to substitute of taxes during the Islamic period. Textiles were used to furnish interiors to cover floors, walls, cushions, and to create beds and storage of all kinds, for the population that could claim nomadic antecedents. Due to the high value of textiles, gifts were presented in a textile wrapper and more artistry of the wrapper symbolizes greater the honor intended. In the century end, textiles also had the power of creating an impression on the human mind and the inscriptions and symbols embraced on them. 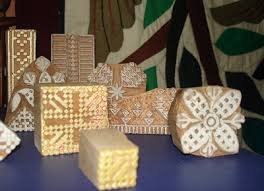 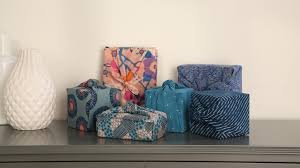 In the succeeding century, the death of Muhammad the presentation of living creatures was banned particularly in the Sunni traditions. Islamic design innovated their own metaphorical language employing geometry, calligraphy, architectural forms, and vegetal. The Persian and Central Asian silk and carpet incorporate human and animal figures in Islamic textiles.

The culture of carved textiles Islamic period world dates to the passing of Prophet Mohammed’s sacred and political authority was transmitted through the donning of his mantle. The newly established Muslim state accomplished a number of shifts in the political arena. The new allegiance was often represented by epigraphic bands on textiles. The custom of representing new allegiance by incorporating the images of a ruler on the garments existed during the Sasanian period. The Textiles for these honorable alliances were produced in royal workshops using precious materials like silk and gold-wrapped thread to weave and embroider inscriptions. Islamic textiles are considered as the most valued art. Islamic society makes them accessible to art forms and helps them spread around the world. 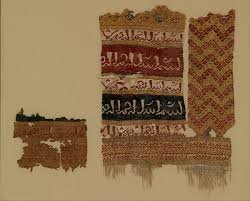 cloth. Motif, textile art made one at a time and join together to create large works, stylized and varied depending on the period and region. This form of textile art was used to create works like an Afghan blanket and shawls. A motif is a form of textile art that can help to express other narrative aspects such as mood and can be created through the use of structural components, language, use of imagery, and other elements throughout the literature. The wide variety of lightweight silk and simpler textiles includes Tafta and Satin weaves were also dominant. In addition to the above-mentioned textile, there were Textiles having a perfect blend of silk warp and cotton weft.

In rep weave, Alaca the silk wrap covered with cotton weft to produce an economical Silk textile.  In Satin weave, Kutnu the silk wrap shows on the face with cotton weft at the back. This type of textiles was gratified because of the Islamic tradition which states that it is forbidden for the men to wear silk against the skin. Tapestry technique was also considered as an important category of silk weaving

Another attributed Islamic silk textile was Tiraz, having its importance from the tenth to the 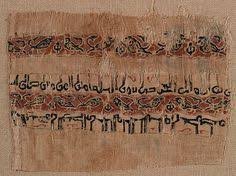 fourteenth centuries. It was considered as a royal workshop’s product. This textile was adorned and beautified with the borders having inscription, embroidered or tapestry woven in gold thread. The borders with inscriptions are generally manifested as bands on the upper sleeve, edges, or in the body of the garment. This type of border was also found on ceremonial textiles and cerecloth. Inscriptions on the borders mainly included religious quotations and the name of the existing ruler. Tiraz enriched and beautified garments were attired by higher officials and presented as honorific robes. The graceful and elegant Silk produced by Safavid Iran was considered as among the finest Textile in the Islamic world. Yazd in the fifteenth century, Isfahan in the sixteenth century and Kashan in the seventeenth century were the main centers of production. Persian silk was characterized and embraced by complicated voided velvets, fine embroidery, and a wide arrangement of complex weaves. Persian designs were finely detailed with complex coloring. Persian Textiles also use human and animal figures done in the style of miniature painting. The complex and Textiles include the same from Persian literature.

In the Islamic world, a wide variety of Flex other types of bast fibers including hemp was produced. Both cotton and linen textiles were popularly used throughout the region. These textiles had a complete gamut of heavy cotton canvas produced for sailing ships and extremely fine Muslins. However, India is best known for fine cotton but the Levantine countries have also produced their own fine cotton weaving industries. Trade with India for textiles was also important for the entire Muslim world. Textile printing was known in pre-Islamic Egypt but early Islamic printed Textiles were not clear. By the sixteenth century of printing industry existed in Syria and this industry expanded in Anatolia in the seventeenth and eighteenth centuries. The industry expansion was accelerated by the increasing European demand for Indian printed textiles being transported through the eastern Mediterranean ports. 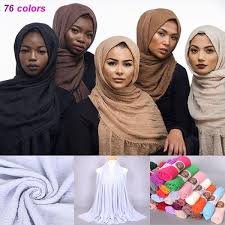 Mohair, wool and other animal fibers

Cashmere or pashmina are the Mohair, camel hair, and goat hair used to weave soft and elegant patterned shawls in many locations throughout the Islamic world. Pashmina shawls with its popularity in Muslim northern India Persia and Ottoman Turkey gained its acceptance in the West in the nineteenth century. The pattern was woven in twill tapestry or a variety of complex weaves is characterized by elaborate pattern and color design. In the West, Boteh design came to be known as Paisley Motif. 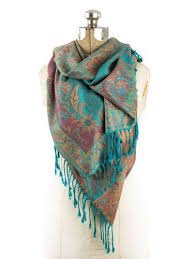 Wool was used to producing a variety of apparel textiles. Islamic wool textiles are the pile and the flat women textiles used to produce rugs, bags, bands, wall coverings, cushions, and other home equipment. “Fostat” carpet fragments found in Cairo and a group of thirteenth-century Seljuk Turkish fragments found in Konya in Central Anatolia are the oldest examples of Islamic carpet weaving. Carpet designs are classified into three categories reflecting their visual style, origins, and degree of technical excellence. The designs reflect tribal and regional affiliations and tend to be relatively geometric in design. These designs, which often bear close relation to those of tile work, manuscript illumination, and silk textiles, are technically the most finely knotted, and visually the most intricate. 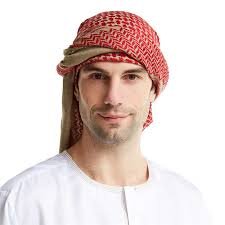 kilim (slit tapestry), jajim (compound discontinuous brocade), and soumak (warp wrapping) are the various Flat weaving techniques. Card-weaving is a widespread method of making bands that appears to have a long history of use throughout the Islamic world. These techniques and others are used to create floor and wall coverings, storage bags, tent bands, and door panels, as well as animal trappings. Generally, flat-woven wool textiles were produced primarily for local use and are characterized by distinctive tribal or regional designs and color palettes. Modern production, however, is increasingly tailored to the color and design preferences of western markets.

Islamic culture is always ahead when it comes to the embroidery of clothes for both genders and other Textiles are also very popular. Both the Byzantine and Sasanian Empires used clothing embroidery designs of large human figures as well as animals. In the 17th century, Evliya Celebi Turkish traveler called embroidery “Craft of the two hands”. The name was given to symbolize high social status in Muslim societies. In the Islamic world, the embroidery was evident on a handkerchief, uniform, calligraphy, shoes, tunics, horse strapping, slippers, pouches, and even on leather belts.  Craftsmen use gold and silver thread for embroidery items. The embroidery cottage industry was a great source of earning for the people in the Islamic world with Industries employing over 800 people. Embroidery offers symbolic protection for highly valued objects including babies, household possessions, and things with religious significance. A wide gamut of embroidery techniques was used across the Islamic world.

Dress in the Islamic world has historically conveyed the wearer’s rank and status, profession, and religious affiliation. Official recognition of loyal service was expressed in gifts of dress fabrics and clothing (in Arabic, khilca; Turkish, hilat; Persian, khalat) until the late nineteenth century. Wearing clothing of one’s social grouping signified contentment, whereas to be seen publicly in the dress worn by a higher class proclaimed dissatisfaction with the prevailing order. Likewise the refusal to don the color or headwear associated with the controlling authority, whether imperial or fraternal, formally demonstrated the withdrawal of allegiance. 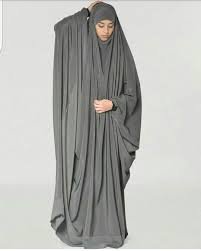 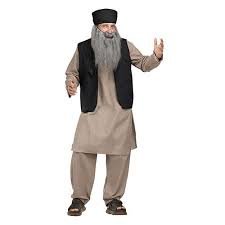