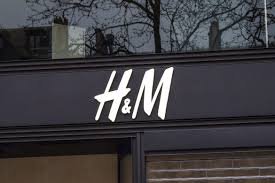 Hennes and Mauritz AB, a shopping destination for fashion online have reported 50% sales to decline up to SEK 28664 million for the 2nd quarter FY20 as compared to the sales of SEK 57474 million in the previous year. The company has also incurred a loss of SEK 4991 million in the quarter.

“At most around 80 percent of our stores were closed in the second quarter and in those markets where stores were open, demand was significantly subdued,” Helena Helmersson, CEO at H&M, said in a press release.

Although we took rapid and decisive action which reduced our costs considerably, it was impossible to compensate for the 50 percent drop in revenue and, as we had previously communicated, the quarter was loss-making.”

Group has further reported that the sales in the period June 1–24, 2020 has decreased 25 percent. Currently, 350 stores, representing 7 percent of the total number of stores, are still closed. A large number of stores still have local restrictions and limited opening hours. Group’s total 48 of its 51 online markets are open.

“It is clear that the rapid changes in customer behavior caused by the pandemic will further speed up the digitalization of fashion retail. To meet this, we are continuing to adapt to the organization and improve our ways of working, which will make us more flexible, fast, and efficient,” Helmersson said.

We are accelerating our digital development, optimizing the store portfolio, and further integrating the channels. Our leading sustainability work will also contribute to strengthening our position and ensure the long-term positive development of the H&M group.”