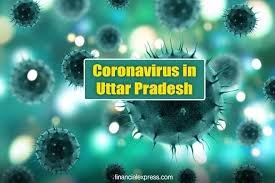 The process of reverse migration of workers continued in Uttar Pradesh on Thursday as the tally of coronavirus-infected people reached 5,515 in the state. Several migrants tested positive in various parts of the state, including Maharajganj, Siddharthnagar, Basti, Bareilly among others. Meanwhile, the state registered 341 fresh cases in the last 24 hours. Till date, 138 people have died in the state due to the coronavirus while 3,204 have been discharged and 2,173 remain active.

On Thursday, Maharajganj district registered eight positive cases among migrant workers, taking the tally in the district to 31. Of these, seven people have been discharged or cured and one person has died.

In Suddharthnagar district, 11 positive cases were registered, out of which maximum
were migrants, who had returned from Maharashtra and were quarantined at different
facilities.

The Basti district once again saw 16 migrants testing positive, taking the tally to 120
in the district. Earlier, 50 migrants had tested positive for COVID19 in Basti, out of which 14 belonged to Basti while 36 belonged to other districts and had travelled through ‘Shramik Special’ trains.

In Bareilly, four migrants, who had returned from Mumbai recently, tested positive taking the district’s total to 11.

Meanwhile, addressing a press briefing at Lok Bhawan in Lucknow, principal secretary (Health) Amit Mohan Prasad said, “85,471 teams were engaged in surveillance of coronavirus infection in the state. These teams surveyed 68,72,936 households and screened more than 3.43 crore people. A large number of migrant labourers and workers have come back in the state. They have been asked to stay in the home quarantine for 21 days. ASHA workers have also been deployed to screen those in home quarantine and, so far, 5.42 lakh people have been screened. During this process, 46,142 samples were taken for test. After examining the samples, 1,230 people were found infected with coronavirus. The health department is taking action on reports of such people.”

Also present at the press briefing, additional chief secretary (Home) Awanish Awasthi informed that since March 1, nearly 20 lakh migrants have returned to the state and the government will work to harness their skills.

Awasthi further said that in a meeting with Team 11, on Thursday, Chief Minister Yogi Adityanath reviewed the lockdown. The chief minister said that number of people getting cured has exceeded the active cases in the state. At present only 2,130 are active cases while 3,099 people have recovered. Still, we have to be safe and alert.

“Chief Minister Yogi Adityanath has appealed to all the people returning from other states and to the families of these people to come forward and inform them about their health so that their treatment can be started at the right time. The chief minister has instructed the health department to increase the testing capacity, asking them to conduct 10,000 sample tests daily.”

The health department is currently doing about 7,000 tests every day. As per information till now, a total of 1,154 ‘Shramik Special’ trains have been arranged so far, including 355 from Gujarat, 181 from Maharashtra, 144 from Punjab, 28 from Rajasthan, 36 from Delhi, and 33 from Karnataka. Of these, 841 trains have arrived while 313 are either en route or will arrive in a couple of days.