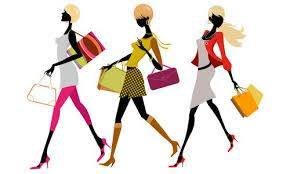 The article presents a retrospection of fashion sensibility amongst adolescents from 12 to 18 years undertaken in an attempt to identify a trend in adolescent clothing during the years from 1980 – 2000 with regards to clothing preferences amongst adolescents and the factors that have been influencing their choices in the past and in the current times.

Adolescence meaning “to grow up” is a transitional stage of physical and psychological human development that occurs during the period from puberty to legal adulthood which is the age of maturity. Adolescence is generally divided into 3 stages which are early adolescence (11 to 14 years), middle adolescence (15 to 17years) and late adolescence (18 to 21 years) and 12 to 18 years being the most sensitive and tender.

In early literature, adolescents were considered to be people of great awkwardness, super hormones and with bad decision making capabilities and adolescents find rewards more gratifying than adults do. However, over the years, there has been a marked change in them. Thus, there is a vast difference in the adolescents of today’s times and earlier years.

Adolescents have been easily lured by brands of various products, services, or concepts that are publicly different from others. Hence novelty in products and processes has captured their sensibilities. Brands are often expressed in the form of logos or graphic representations of the particular brand that are well designed to entice young minds. There are different brands influencing adolescent clothing for all economic levels. There are brands which are most popular among the adolescent’s apparel brands are American Eagle, Forever 21, Polo Ralph Lauren, Urban Outfitters, Pacsun, Hollister, Nordstrom, T.J Maxx, Victoria secret, Adidas, Beatrice Holloway, Diesel, Gap, H&M, HOTKISS.

Each adolescent is different from each other and with unique dress sense and taste which influences their buying behavior. The socio-economic status also affects their shopping behavioral tendencies. Parents buy clothes for adolescents at the beginning of school years and in their latter half of their college. Adolescents prefer buying them on their own. Spending habits also depend on their gender wherein boys tend to spend less money on their appearance than girls do. Teenage shopping habits are commonly stereotype on television and in the media. Many teenagers are emulating celebrity idols whom they admire. Culture and religion also play a major role in the shopping behavior of adolescents. Evolution described here is the change in apparel through times which has been modified to produce more styles and apparel in the fashion business. Different factors have affected choices of fashion having an impact on the market and buying behavior.

A research survey was conducted to study the evolution of trends on Apparel and accessories of adolescents (12-18 years) and the factors affecting their choices in clothing and accessories. 50 respondents were a part of this research wherein 50 were women and 50 were men.

Reasons for change in dressing sense of teenagers as stated by respondents include:

It can be noted from the highest responses were:

80% of the respondents did not buy branded clothes. Respondents stated that then adolescents were unaware about the different brands available. They were thought to be expensive. They preferred tailor-made clothes over ready-to-clothes. Parents made preferences for shopping and adolescents had little say in purchase matters. Some of the brands that were popular then included Siyaram’s, Levi’s, Pepe, Raymond’s, Provogue, Lee

Majority of the respondents preferred woven fabrics then over knitted fabrics for apparel as compared to today’s generation having more preference for knits. This being an indicator of proliferating knitwear.

Majority of the respondents preferred selecting their patterns through catalogs (66%), followed by magazines (40%), newspapers (30%), 20% of the respondents asked for references by other people like their relatives and friends, barely 8% chose patterns from advertisements and 4% respondents selected patterns on the internet. Expansive marketing profiles of companies and immediate access to consumers have greatly influenced easy promotion of products. Places considered to be the buying hubs then included Linking Road, Bandra Elco Market, Crawford, Fashion Street, Andheri Market, Dadar market, Kurla Market

It may be noted that respondents used to shop in their locality close to residence, they did not travel to far off places for shopping in the yester years limiting their access to variety in designs. Some respondents did not recollect the place they went for shopping as they were only accompanied by their parents who shopped for them. This is significantly disparate from teenagers today who have easy and convenient access to trendy clothing with the surge of E-commerce. It is also evident that shopping by the teenagers in specialty stores has been on the rise.

Currently Mumbai has 8.72 mn. sq.ft. of major operational mall space in the city spread all over the city, stretching from Nariman Point in South Mumbai to Bhayander in the Western Suburbs and Kalyan in the Central Suburbs. Malls have increased in number in the recent times and there is a diminishing trend of teenagers going street shopping.

Branded clothing was available but teenagers during 1980-2000 did not prefer buying branded clothes but nowadays teenagers have fancy towards all different brands. They like to be brand loyal but at the same time they are ever open to try out new brands. Big brands are symbols of status. Teenagers are more than ever enticed by movie stars and consider public figures as their fashion icons. They like to be unique and they are open to using knockoffs. Teenagers today do not like to use tailor-made products but they wish to use customized designer goods that have quick responses to their instant demands and preferences. They prefer casual classy looks with a high on comfort. Knits thus are their preferred attire. Catalog selling and online shopping with increased usage of Internet opens them to greater variety. Brick and mortar is tapped which makes shopping a leisure activity. Western influences in their taste, preferences and shopping behavior are strong. Openness and “modesty” find different meanings; exposure at all levels is name of the game.

India has one of the largest proportions of population in the younger age groups in the world. 35.3% of the population of the country has been in the age group 0-14 years as per the latest census. 41% of the population account for less than 18 years of age. Keeping this and the psyche of the young consumers in mind, it is time for the fashion business to expand globally through online access. Quick response business models and consumer’s convenience reigns markets. Thus, maximum satisfaction finds new definition in the basic consumer economic laws, with time and comfort being considered supreme.

(Affiliated to the University of Mumbai, Accredited by NAAC A Grade)