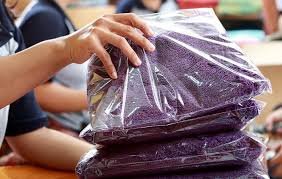 Bangladeshi apparel products made of raw materials, including cotton, imported from the United States should be exempted from import duty by importers there, according to foreign minister AK Abdul Momen, who recently floated the idea to strike a deal on purchasing cotton from the United States in exchange of getting duty-free market access.

He was speaking at a luncheon meeting organised by the American Chamber of Commerce (AmCham) in Bangladesh with the theme ‘Strengthening Bangladesh-USA economic relationship’.

On an average, Bangladeshi products attract 15.6 per cent import duty in the US market, which is unfortunate for a least developed country as French products face only 0.5 per cent duty, he said.

There also must not be any requirement for further testing of the products at Bangladesh ports, he added.

The foreign minister said that the United States offers similar benefits to Sub-Saharan African countries and Caribbean countries under the African Growth and Opportunity Act (AGOA) and the Caribbean Initiative.

Momen urged US companies to invest more in Bangladesh to assist the country to achieve its aspiration for becoming a developed country by 2041.