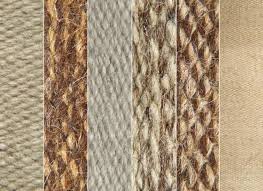 Animal  fibres make up less than 7 percent of the total weight of textile fibres produced annually . In quantity , therefore , they represent a minor part of the  world ‘ s fibre resources . But  animal fibres play a much more important role in the textile trade than their limited production indicates .They are all fibres of character ; each one has unique properties which ensure it a position  of special significance as a textile fibre .

Whenever fur – bearing  animals form part of the domestic economy of a country , the fibrous materials  of their coat are put to good use in one way or another . Wool , the fibrous covering of the sheep ,is by far the most important of these fibres . Wool forms more than 90 % of the total world production of animal fibres .  Although wool plays such a dominant  role in the animal  fibre industry , a number of other animal fibres are of considerable commercial importance . In the textile industry , it is usual  to describe all animal-covering fibres other than wool as hair fibres . The long,coarse fibres forming the outer coat are called hair , and the short , fine fibres of the undercoat are called wool .

Hair fibres are all related to wool in their chemical structure ; they are all keratin . But they all differ from wool , and from each other , in their physical characteristics ; they are of different length and fineness , and have different shapes and internal structures . Many hair fibres are used in high-quality applications in the textile trade .Some of the hair fibres used are horse-hair, camel hair, goat hair and rabbit  fur. The  hair of these animals has been so adapted  by nature for the climate in which they live that the cloth  produced from the fibre gives warmth with light weight . Some of these animals are used primarily as burden  carriers ; others are bred for their fleeces , which produce the most expensive fibres in the textile industry .

Camel hair is  a fine  hair that is known to the American consumer chiefly in the form of high –quality coat fabrics ..  In north –west China  and Mongolia , the Bactrian ( two –humped ) camel   is an important animal .It is found from Turkey east  to China and north to Siberia .It serves  as a means of transport in desert regions , and it also provides a supply of the camel hair which is used as a textile fibre . The climate  in these areas are exceedingly hot during the day and extremely cold at night. This constant  change  has produced  a protective  hair covering  that insulates  the body both heat and cold   ; it is also naturally  water –repellent .In the spring  , the years ‘s   growth  of hair , which hangs from the camel in matted strands and tufts , fall off in clumps to make room  for the new growth . Masses  of hair that are shed throughout the  year are also accumulated . The camel is sometimes plucked to obtain the down or under hair . Camel hair fibres fall under the category  of speciality  hair fibres . Besides wool , the camel hairs are also used in the textile industry for the manufacture of woolen cloth . Significant  supplier  countries of camel hair are ; Mongolia, Iran, Afghanistan ,Russia ,Tibet  and Australia .

Out of the two  different varieties of camels ,e.g  single humped (Camelus dromedary ) and double humped ( Camelus bactrianus ); the double humped camel of dry cold region comparatively produces superior quality hair .  It  consists  of the strong  , coarse , outer hair and the undercoat . The better  grades the more they are expensive .The quality attributes of double humped camel hair fibres collected from shoulder , mid side and hump regions of both calves and adults show that the mid side region fibres in both calves and adults have better textile properties . The fibres obtained  from calves are superior to those obtained from the adults .  The hair is collected as it is shed or sheared from the animals. A camel produces about 5 pounds of hair a year .  The speciality animal fibre is collected   by a  number of methods including combing ,shearing , and collecting the hair shed naturally during the moulting season. During the moulting season the hair falls off first from the neck , then the mane and lastly the body hair . The moulting season occurs in late spring and is a process that takes six to eight weeks .

After collecting the hair either through shearing or collecting during the moulting season  the hair goes through a sorting method . In this process the coarse hair is separated from the fine ,soft hairs . The fibres are then washed to remove any dirt or debris obtained from  the collection . The sorted and washed hair is then dehaired . This process removes the coarse hair and any drandruff  or vegetable matter before it is sent to be spun into yarn and used for either weaving or knitting. Camel hair can be dyed using Acid dyes or Metal complex dyes  in the loose fibre form  or in  hank form or  in fabric form  .

In the textile industry , camel hair is divided into three grades ;

a. Grade 1 –  It is the soft  and silky light –tan under hair found close to the skin of the camel. This is short staple  ,or  noil , of from 1 ¼   to 3 ½ inches ( 30-90 mm) , but it also the  best quality . Before  , it was the only true camel hair  used in the manufacture of apparel . Please note  in wool , noils  represent the less  valuable short staple whereas  in case of hair  fibres ,the short fibres are the   best product and are the only ones usd in high –grade  hair fabrics .

c.Grade 3 –  It consists entirely  of coarse  outer hairs  measuring up to 15 inches ( 380 mm) in length and varying in colour from  brownish blackto reddish brown. This grade has no value for apparel manufacture ; it is suitable  only  for cordage and for low-quality rugs .

In case of calves , the fibres from  mid side  region are more suitable to be used for textile purpose when blended with the wool . In case of adult  camels also the mid side region fibres not only possess lowest mean fibre  diameter  and highest fibre strength  but also comparable elongation per cent with the fibres of other region .  Camel hair is characterized by strength  , lustre and smoothness .

The fibre characterstics of  Bactrian camel , such as fineness and staple length are considered to be the best . It contains on an average

Camel ‘s hair is an excellent insulator . Camel hairs have a good fineness ,softness , warmth and lightness . These can hardly  be spun  into thin and smooth threads so are used as thick and coarse fabrics for over coats or blankets . The crimp force of camel hairs is large  as wool.

The colour of camel  hair is primarily golden tan with a variance of red to light brown tones . Camel ‘s hair is also  a fibre  that supplies warmth without added weight . The hair  contains thermostatic  properties which can protect  and insulate  the camel from the extreme cold conditions as well as keeping them cool in the desert . The same properties and characteristics  are transferred when making fabrics  woven from camel hair .

Camel wool  fibres are not so fine as cashmere ; they are usually about 10-40   micron  wide . The surface of the fibre is covered  with scales which cannot easily be seen under the microscope . The scales have diagonal edges .

The cortical layer of the camel wool fibre is marked vy striations due to strings of coloured pigment granules  that give the fibre its characteristic pale red – brown colour .

Some fibres have distinct medullae  which are often fragmentary . Seen in cross-section , the fibres are circular or oval .

Camel’s hair gives warmth without  weight ,the finer fibres are valued for apparel . They are often used in blends with sheep’s wool , which is dyed the tan colour of camel’s hair . Camel’s hair is used in coats or jackets , scarves , and sweaters . Blankets of camel’s hair and wool are also available .

These fibres are used for woolen items such as sweaters ,coats and coats in pure form ; as well as in the form of blends with other animal fibres ( wool and silk) and synthetic fibres .The best blends of camel hair  in textiles  are pure camel hair or blended with wool only . It is also commonly blended  with nylon  to make hosiery and other knitted products . Products containing camel hair should be dry cleaned or hand washed . These fibres are blended  with wool in various proportions either to produce special effects or to enhance softness ,beauty , colour and lustre of the end- product . These fibres are also used for garments as like cashmeres . These are used  as thick and coarse fabrics for overcoats or blankets.  Sometimes blended with wool to reduce the cost and increase the wear . It is used for over –coating and top coating .

Camel hair fabrics are ideal  for comfort ,particularly when used for overcoationg , as they are especially warm  but light in weight .  The best quality is expensive when used alone .It is often mixed with wool , thus raising the quality  of the wool  fabric  by adding the fine qualities  of camel hair . The price of a mixed cloth is naturally much less than that of a fabric that is 100% camel hair .

The  fine fur of the camel hair  are often  blended with fine wool to create fabrics  for men’s and women’s coats , jackets and blazers ,skirts ,hosiery ,sweaters ,gloves ,scarves , mufflers and caps and robes . The  long coarser hair removed in the dehairing process is also used which can be made into carpet making as well as waterproof coats that are very warm for colder climates .

Camel hair fabrics are warm and comfortable , and are used very largely for making overcoats,dressing gowns and knitted goods .

The coarse outer hair is made into ropes and industrial belting , tent-fabrics and blankets .

In India camel hair is having good scope  when mixed with other natural fibres  and made  yarn on worsted spinning or synthetic spinning system  then fabrics are made  to give value addition  to the product.

Some of the  leading  composite textile mills in India are working on it . Camel hair has got a good future .

IITs antimicrobial mask becomes a must!