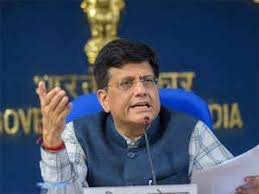 Commerce and industry minister PiyushGoyal on Wednesday said India should not close its option to join the Regional Comprehensive Economic Partnership (RCEP), the mega trade bloc, fearing adverse impact on a few sectors. But he vowed to protect the country’s interests, while indicating that the government has not shut the door on the trade negotiations that have been underway since 2012.

“As long as India’s domestic industry and our national interest is protected, the faster it (RCEP pact) is done, the better it is for India because the agreement which we will finalise, if we agree to finalise and join, will necessarily rest on the pillar of national interest and it will necessarily give adequate protection to Indian industry, will necessarily ensure that it does not allow indiscriminate imports to come in and will necessarily provide huge opportunity for Indian exports and job creation,” the minister told reporters. At the same time, he said, the government will do its best to address the concerns of those who feel disadvantaged.

The statement comes two days after foreign minister S Jaishankar said India had reservations about joining the trade bloc due to the massive trade deficit with China and its “unfair and protectionist policies”. Apart from India and China, Japan, South Korea, Australia, New Zealand and Asean countries are part of the dialogue to put in place what will be the world’s largest free trade pact. Over the years, India has been accused of dragging its feet and delaying finalisation of the deal as the domestic industry fears a surge in imports from China.