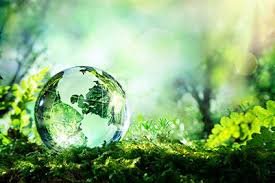 Starting September, Germany started a GrünerKnopt (green button in its German meaning) certification in which it would support all textile items that follow certain social and environmental criteria. The federal ministry for economic cooperation and development (BMZ) will be in charge of this certification and will evaluate companies and its products.

A pilot test will be executed until the end of 2020.This certification takes into account 26 requisites related to social and environmental responsibility, according to an official release. Companies that want to add this seal will have to prove their performance.

In the first phase, which will continue till 2021, it will be applied specifically in industrial process, cut, confection and dyes, among others. In the following years, it will extend to the rest of the processes.

The certification will be given to all the companies that manufacture and commercialise any type of textile item, including suppliers and retailers. Intermediaries will not be considered.The certification has been criticized by some quarters for being a voluntary initiative and not mandatory.