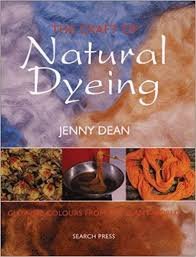 *All correspondence should be addressed to:

1. Introduction
Textile material (natural and synthetic) is coloured for value addition, look and desire of the customers. In the past, this purpose of colouring textile was initiated using colours of natural source until synthetic colours/dyes were invented and commercialized. Due to ready availability of pure synthetic dyes of different types and its cost advantages, most of textile dyers/ manufacturers shifted towards use of synthetic colourants. Almost all the synthetic colourants being synthesized from petrochemical sources through hazardous chemical processes pose concerns regarding their eco-friendliness. Hence, worldwide, growing consciousness about organic value of eco-friendly products is being generated and a renewed interest of consumers towards use of textiles (preferably natural fibre product) dyed with eco-friendly natural dyes is on the rise. Vedas mentioned red, yellow, blue, black and white as main dyeing colours and expressed that, the ancient craftsman dyed blue form indigo, yellow from turmeric and saffron, brown from cutch and red from lac, safflower and madder. Thus, natural dyes have been an integral part of human life since time immemorial [1-8].
Natural dyes are derived from naturally occurring sources such as plants (e.g., indigo and
saffron); insects (e.g., cochineal beetles and lac scale insects); animals (e.g., some species of mollusks or shellfish); and minerals (e.g., ferrous sulfate, ochre, and clay) without any chemical treatment. A spectrum of beautiful natural colours ranging from yellow to black exists in the above sources [9-11].
The development of synthetic dyes at the beginning of the twentieth century led to a more complete level of quality and more reproducible techniques of application. As a result, a distinct lowering in the dyestuff costs per kg of dyed goods was achieved [12].
But, during the last few decades, the use of synthetic dyes is gradually receding due to an increased environmental awareness and harmful effects because of either toxic degraded products or their non-biodegradable nature. In addition to above, some serious health hazards like allergenicity and, carcinogenecity are associated with some of the synthetic dyes. As a result, a ban has been imposed all over the world including European Economic Community (EEC), Germany, USA and India on the use of some synthetic dyes (e.g. azodyes) containing banned amines [13]. Due to increasing awareness of environmental issues and pollution controls, natural dyes are gaining importance as they are obtained from renewable resources and they present no health hazards and some of them sometimes act as health care products [14].
Natural dyes with few exceptions are non-substantive and hence must be used in conjunction with mordants such as tannins, metallic salts and oils [15]. In the dyeing of textiles with natural dyes, tannins are used as natural mordants which are high molecular weight compounds (between 500 to 3000) containing phenolic hydroxyl groups and they enable effective cross-links between proteins and other macromolecules. The stability of the tannin treated fibre depends upon the pH, ionic strength and metal chelators. Tannins may be further classified into two groups on the basis of their chemical structure as hydrolysable tannins and condensed tannins [16].
Caesalpinia sappan is a species of flowering tree in the legume family, Fabaceae, that is native to Southeast Asia and the Malay archipelago. Common names include Sappanwood, Sappanwood,’Patanga Chekke Sappanga (Kannada Name)’ and Suou (Japanese). Sappanwood belongs to the same genus as Brazilwood (C. echinata), and was originally called “brezel wood” in Europe. This plant has many uses. It possesses medicinal abilities as an anti-bacterial and for its anti-coagulant properties. It also produces a valued type of reddish dye called brazilin, used for dyeing fabric as well as making red paints and inks [17]. Catechu is a brown dye named as cutch and used for tanning and dyeing and for preserving fishing nets and sails. Cutch dyes wool, silk, and cotton in a yellowish-brown colour. Cutch gives gray-browns with an iron mordant and olive-browns with a copper mordant.
Even though natural dyeing is considered to be ecofriendly, the use of metallic mordants which are considered to be toxic, lowers natural dye’s ecofriendly advantage. A lot of research has been carried out on natural dyeing of textile fibres using variety of natural dyes and the mordants however, the area of mixing of natural dyes to get different shades is still remained unexplored. The self and mixed shades of catechu and henna using different mordants were reported earlier from our laboratory [18-20]. In continuation of the work, in the current study the natural dyeing of cotton and silk has been attempted using harda as a mordant both in self and compound shades of catechu and Sappanwood and the wide range of shades explored have been presented.

2. Material and Methods
2.1. Materials
Cotton and silk fabrics were supplied by Adiv-the Pure Natural. The cotton fabric was washed using shikakai and reetha at 600C and then used for dyeing. Catechu and Sappanwood were purchased from market. All other chemicals used were of laboratory grade.

2.2.3. Mordanting and dyeing of cotton and silk
The modanting of cotton and silk fabric was carried out in rota dyer (Rota Dyer machine, Rossari® Labtech, Mumbai) keeping the liquor to material ratio of 30:1.The fabrics were introduced into the mordant extract solution at room temperature and slowly the temperature was raised to 95oC. The mordanting was continued at this temperature for 60 min. After mordanting the fabric was squeezed and dyed using natural dyes (catechu and Sappanwood). The mordanted fabrics were introduced in dyebath and dyeing was continued at 900C for 60 min. After dyeing, the fabrics were squeezed and washed with cold water.
2.2.4. Compound shades on cotton and silk
In case of compound shades, the fabrics were mordanted using harda as a mordant as per the procedure mentioned in 2.2.3. The mordanted samples were then dyed using combination of two dyes catechu and Sappanwood taken in proportion 30:70, 50:50, and 70:30 of the total dye extract required for the targeted % shade. The dyeing procedure was same as described in 2.2.3.

2.2.5. Effect of pH on dyeing of Catechu and Sappanwood
In the case of pH sensitivity study of the natural dye, the fabric samples were mordanted using harda as a mordant in the same way as mentioned in 2.2.3. The dyeing was then carried out using same procedure as mentioned in 2.2.3.and using catechu and Sappanwood at different pH (4, 7, and 9 adjusted using acetic acid and soda ash).

where, R is the reflectance at complete opacity; K is the Absorption coefficient & S is the Scattering coefficient
Dyed fabrics were simultaneously evaluated in terms of CIELAB colour space (L*, a* and b*) values using the Rayscan Spectrascan 5100+. In general, the higher the K/S value, the higher the depth of the colour on the fabric. L* corresponding to the brightness (100= white, 0= black), a* to the red–green coordinate (+ve= red, -ve =green) and b* to the yellow–blue coordinate (+ve =yellow, -ve =blue). As a whole, a combination of all these parameters enables one to understand the tonal variations.

2.2.7. Washing fastness
Evaluation of colour fastness to washing was carried out using ISO II methods [21]. A solution containing 5 g/L soap solution was used as the washing liquor. The samples were treated for 45 min at 50 0C using liquor to material ratio of 50:1 in rota machine. After rinsing and drying, the change in colour of the sample and staining on the undyed samples were evaluated on the respective standard scales (rating 1:5; where 1: poor; 2: fair; 3: good; 4: very good and 5: excellent).

2.2.8. Light fastness
Dyed fabric was tested for colourfastness to light according to ISO 105/B02 [22]. The light fastness was determined using artificial illumination with Xenon arc light source, Q-Sun Xenon Testing Chamber with black standard temperature of 65 0C with relative humidity of the air in the testing chamber as 40% and daylight filter, wavelength, k= 420 nm. The samples were compared with the standard scale of blue wool reading (ratings, 1:8; where 1 : poor; 2 : fair; 3 :moderate; 4 : good; 5 : better; 6 : very good; 7 : best and 8 :excellent).The colour fastness to light was measured using test method. The compound shades on cotton and silk using combinations of catechu and Sappanwood with harda as a mordant are summarized in Table 3.5.

Table 3.5: Effect of combination of two dyes (w/w) on colour strength of silk and Cotton

The results clearly indicate increase in K/S value as concentration of sappanwood was increased at the cost of catechu. However the different tones in the shades were obtained ranging from typical red of sappanwood to brown of catechu.

The fastness properties of the representative samples were estimated and are presented in Table 3.6.

4. Conclusion
Compound shades are obtained using combinations of dyes such as Sappanwood and catechu using harda as a natural mordant. The results are encouraging as wide range of shade gamut was obtained. The fastness properties seemed to have remained unchanged even with the use of combination of dyes.